Over the past seven years, either Carmel, North Central or Park Tudor has won the boys tennis team state title. The trio has accounted for 12 of the past 14 state championships, so it should be no surprise the three schools are ranked Nos. 1 (Carmel), 2 (Park Tudor) and 3 (North Central) heading into IHSAA state tournament play, which begins Wednesday  with sectional action.

To say the Panthers have had a dominant run of late would be an understatement. They’ve won three straight state titles and five straight sectionals. But coach Dan Brunette said past success doesn’t mean much, especially this year.

“This year, there’s a lot more parity among the top teams,” he said. “A new year, new season, different team. It’s not the same team as in the past.”

North Central is anchored by freshman Ian Brady at No. 1 singles. While Brunette said Brady has had his ups and downs, that means he is all the more hungry for success in the tournament.

“He’s competed well. He hasn’t closed out some matches I think he would’ve liked to,” Brunette said. “That provides some extra motivation. He’s pretty hungry to get some of these wins he might not have gotten the first time.”

T.J. Brady and Brian McAuley compete at No. 2 and No. 3 singles for the Panthers. The No. 1 doubles team of Edward Prein and John Tuerk won the Metropolitan Interscholastic Conference tournament and the John Shirley Invitational. No. 2 doubles tandem of Nathan Branaman and Griffin Beck have lost just one match all season (to Carmel).

So, the pieces are in place for another run. But the team’s three losses this season have come against elite competition — twice to Park Tudor and once to Carmel. And those aren’t the only good teams around.

“To make a run in the tournament, we’ve got to have everyone on board for every match,” Brunette said. “In the past, we knew what spots were going to be close and where we needed to coach kids up and focus on game plans. Now, each position is important. It’s a lot tougher in that sense.”

The Greyhounds have won six straight sectional titles and look poised to make it eight. But it won’t be a cakewalk. In addition to the usual challenge of Park Tudor and North Central, Carmel has to first get through No. 5 Guerin Catholic.

“We are not looking past them at all,” Carmel coach Spencer Fields said. “We know them well, they know us well. We basically train with them year-round. It’s a dangerous match for us. When we look at our schedule, we’ve had a lot of tough matches in a row. We schedule difficult so we are ready to go.”

Carmel’s No. 1 singles player (Patrick Fletchall) and No. 2 singles player (Drew Michael) are a combined 31-0. The No. 2 doubles team of Roehit Nataraj and Timmy Dixon have lost just one match.

“Year in and year out, we love the fact that Indianapolis provides the best tennis in the state,” Fields said. “These three schools have this real culture of what makes high school tennis fun. With North Central and Carmel, we look forward to our tough battles every year. In a lot of ways, it’s the most memorable matches of every player’s life. We love that. We love what we do, we love the traditions behind the program.”

Park Tudor pulled off a comeback win against North Central in the finals of the Marion County tournament, as No. 1 singles player Aidan Harris (13-1) overcame a 5-0 deficit in the third set and No. 2 singles player Drew Eagle saved a match point. It was a statement win, and the second win for Park Tudor over North Central this season. Prior to this year, Park Tudor hadn’t pulled out a win against its rival in six seasons.

“This year I think we’re closer,” Park Tudor coach Kevin Gill said. “(Carmel and North Central) have always been at the top. We highlight when we have to go up against them and (we) measure where we’re at when we play each other. I think they do the same.”

But like Carmel, the Panthers face stiff competition in their sectional. Gill is plenty familiar with 10th-ranked Brebeuf Jesuit, as his brother, Brandon, coaches the team. While they blanked the Braves earlier this season, he isn’t taking anything for granted.

“I think we’re well-tested to say the least,” Gill said. “We feel pretty good going in, but we know it’s not going to be an easy task.” 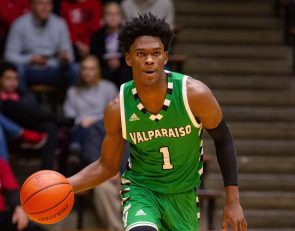 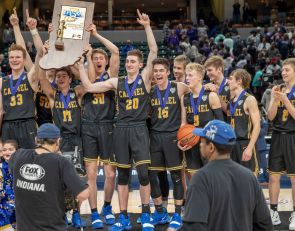 https://usatodayhss.com/2016/hs-boys-tennis-state-title-once-again-a-3horse-race
HS boys tennis: State title once again a 3-horse race
I found this story on USA TODAY High School Sports and wanted to share it with you: %link% For more high school stories, stats and videos, visit http://usatodayhss.com.