Last year’s state champion, Sarah Leinheiser of Carmel, will look to repeat as a senior.

The biggest question coming into this boys and girls cross-country season, which opened Monday: Can anyone overtake Carmel?

The Greyhounds completed the equivalent of the grand slam at last year’s state finals — winning both individual and team medals — with current Indiana University freshman Ben Veatch taking the top spot for the boys and Sarah Leinheiser winning the girls title as a junior.

Here are five things to look for this season on the course:

Leinheiser emerged last year and finished with the third-fastest time in state history, winning the 3.1-mile race in 17 minutes, 30 seconds.

With only two seniors graduating from last year’s top seven, Leinheiser believes she and the Greyhounds are poised for another big run.

“I know we definitely have the capability to get another state title,” she said. “(We) are gaining some amazing freshmen, and so many girls are stepping up right now.”

Seniors Rachel Anderson and Christina Geisler and junior Maddie Dalton are among the returnees, and coach Mark Ellington expects contributions from some freshmen as well.

• Other girls teams, individuals to watch

Avon runner Taylor Nicholson navigates through a mud-covered turn on the course during the Varsity Girls 5k Championship of the Flashback XC Invite, Sept. 19, 2015.

Cathedral placed fourth in the state but will need someone to emerge after graduating its top two. Zionsville finished fifth and returns a solid core. Coach Suzanne Rigg said the Eagles are thinking big.

“I would like to think that several teams could challenge Carmel, with us being one of them,” she said. “That is always the ultimate goal — to stand on the podium with the gold medal.”

Hamilton Southeastern, Noblesville and Fishers could also be in the mix.

The Greyhounds lost the back-to-back individual champion in Veatch, but the team returns its remaining top six from the state meet, led by junior Ben Miller, who finished 25th overall. Calvin Bates was the top freshman in the state and returns along with senior Evan Bouillet (29th).

“There are a lot of really good teams in Indiana this fall, especially in our immediate area, and we think we are one of them,” said Carmel coach Colin Altevogt.

• Other boys individuals and teams to watch

Hamilton Southeastern’s Gabe Fendel finished ninth in the state last year as a sophomore and hopes to build on that.

“Individually there is a lot of great competition this year so anything could happen, but I am very confident in myself and hope I can achieve my goal (of a state title),” he said. “And as a team we all believe that we can win state.”

Hamilton Southeastern has several strong returnees after placing sixth in the state, and could challenge the Greyhounds.

“I expect our team to be able to compete for the top position in any meet we are in this year,” said Royals coach Joe Golden.

Fishers was the state runner-up and Westfield placed third, but both teams must overcome the graduation of several top seniors. Noblesville, Zionsville and Avon are also in the conversation. All five teams compete in the loaded Hoosier Crossroads Conference.

Aug. 19 —  Center Grove versus Warren Central at Center Grove: The football rivalry spills over to the course in this race that ends on the field at halftime of the annual MIC gridiron matchup.

Aug. 30 —  Hamilton County Meet at White River Elementary: No county has more teams among the state’s best — girls or boys — perennially than this one. 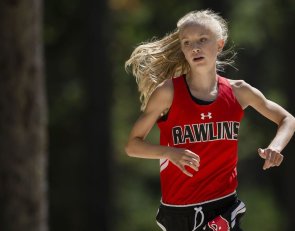 https://usatodayhss.com/2016/hs-cross-country-preview-can-anyone-overtake-carmel
HS cross country preview: Can anyone overtake Carmel?
I found this story on USA TODAY High School Sports and wanted to share it with you: %link% For more high school stories, stats and videos, visit http://usatodayhss.com.