HS cross-country: Runners hope to use FlashRock as springboard for state meet

HS cross-country: Runners hope to use FlashRock as springboard for state meet

Saturday, at the soggy FlashRock Invitational at Northview Church, Hocker staked his claim as a potential state championship contender.

The Irish sophomore overtook favorite Gabe Fendel over the sloping final 150 meters of the 3.1-mile muddied course to win the individual championship in 16 minutes, 19 seconds.

Annually one of the largest and deepest meets in the state, Saturday’s combined races featured nearly 50 teams – including 10 boys and 10 girls programs ranked in the top 25 – and more than 1,400 high school runners.

DeKalb Junior Tyler Schwartz held a commanding lead throughout the girls race, which kicked off the meet under heavy rain, to win in 18:15.

Fendel led almost wire to wire, but Hocker – who was fourth early – made a move midway through the race and ran nearly side-by-side with the Hamilton Southeastern junior over the final mile.

Fendel stretched his lead to about 20 meters with roughly 400 left, but as they entered the downhill straightaway to the finish, Hocker used a strong kick to surge ahead and finish three seconds in front of Fendel.

“I wasn’t sure how the race was going to play out, but I knew (Fendel) would be at the top,” Hocker said. “I decided to go with him and see what I could do at the finish. My coach told me he would do a couple of surges if I was with him just to try to shake me. I knew if I hung on when he surged, I had a chance at winning.”

“This opened my eyes up a lot,” Schwartz said. “I think I can win state.”

Eagles coach Suzanne Rigg said her top seven were excited to run a race together, as the coach often mixes up her varsity lineups during the season. Zionsville has been ranked as high as fourth in the state but is 25th in the most recent coaches’ poll.

“It’s great for their confidence, because they’re not measuring themselves against other teams all the time,” Rigg said. “Especially in a big race like this, with so many incredible teams, it’s a really good feeling to know at this sort of halfway point in the season that we are where we are.”

That group all placed within eight seconds of each other, powering the Chargers to a runaway finish with 42 points. Fifth-ranked runner-up Hamilton Southeastern finished with 117 points. Seventh-ranked Avon (162) placed third, No. 9 Westfield (175) was fourth and No. 13 Noblesville (202) finished fifth.

“They looked strong,” Hamilton Southeastern coach Joe Golden said of Carroll. “They’re good. Their pack is going to be tough.”

Broken up into three races each for boys and girls, the meet started with the championship round, followed by the invitational round and ending with the junior varsity open race. The top five teams from the invitational round move up a tier next year to the championship bracket, with this year’s bottom five from that division moving down next year. 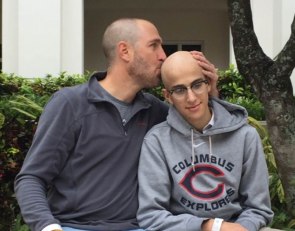 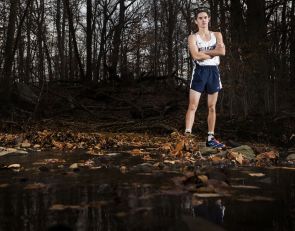 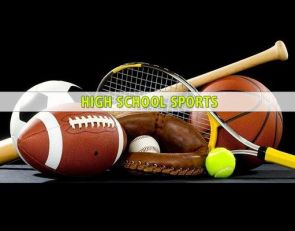 https://usatodayhss.com/2016/hs-crosscountry-runners-hope-to-use-flashrock-as-springboard-for-state-meet
HS cross-country: Runners hope to use FlashRock as springboard for state meet
I found this story on USA TODAY High School Sports and wanted to share it with you: %link% For more high school stories, stats and videos, visit http://usatodayhss.com.