For the first time since 2009, the boys and girls high school cross-country semistate races featuring Indianapolis-area teams will be at a new location.

For many runners and teams, this will be their first time ever racing on the course. The top six teams and top 10 individuals will move on to next Saturday’s state meet at the LaVern Gibson course in Terre Haute.

“We liked Northview,” said Colin Altevogt, coach of the top-ranked, defending state champion Carmel boys. “We felt that kind of mirrors LaVern Gibson and gets us ready for the state meet. But I think going to Shelbyville and seeing a new course will be a great challenge for our guys. And, weather dependent, we’re going to get a chance to run some fast times.”

That’s because the relatively new course is flat and wide, making it ideal for a fast race.

Zach Toothman, coach of No. 10 Avon, changed his team’s schedule during the regular season so it could run there. Thirty-one of the team’s 33 runners ran season bests.

“I really like the Blue River course,” Toothman said. “They’ve done a heck of a job getting it in shape in a short time. It lays out a lot like the LaVern Gibson course without the gradual hills. People say that it’s a little short if the tangents are run correctly, but in my opinion that just means you’re rewarded with a fast time if you’re smart about the course. Regardless, everyone runs from the same start to the same finish. Expect to see a really fast race … considering the layout of the course and the incredible competition.”

Third-ranked Hamilton Southeastern, No. 4 Fishers, No. 8 Brebeuf Jesuit, 11th-ranked Zionsville, No. 16 Cathedral and No. 19 North Central join the Greyhounds and Orioles in the boys race.


Gabe Fendel has been waiting for someone to push him.

The Hamilton Southeastern junior – who easily won sectional and regional titles the past two weekends and has the state’s second-fastest time this season at 15 minutes, 20 seconds – will get his chance Saturday.

“I’ve been looking forward to that race all season,” Fendel said.


The Guerin girls made their first regional in program history last week, but the Golden Eagles weren’t satisfied with their season ending there. Guerin finished fifth in the loaded Noblesville Regional, the final spot to advance. Coach Renée Anderson is hoping for a repeat performance Saturday.

“We’re really excited,” Anderson said. “Our goal has always been to get to state. I think our prospects are good. Everybody is just going to have to bring it.”


Avon won the Ben Davis Regional a week ago, which is nothing new. The Orioles are the three-time champs.

However there was a twist to this win. Led by senior Rhys Grealish’s runner-up finish to Danville’s Daniel Gerber, the Orioles placed all seven of their runners in the top 20 – a first in the program’s history.


Defending girls state champion Sarah Leinheiser from Carmel won last week’s Noblesville Regional in what was just her fourth race of the season. Leinheiser, whose 17:37 winning time was second-fastest in the state this season, was hoping for a personal best. Her fastest ever was 17:20 at last year’s Nike Nationals. She’s looking forward to having another shot to do it Saturday.

“Last year, I thought ‘Oh, next year will be so much better because I’ll be a year older and further into training.’ My expectations have been kind of crushed every single meet so far. Team-wise, I’m in the clouds right now, because our team is doing amazing. Individually, I’m not very satisfied.” 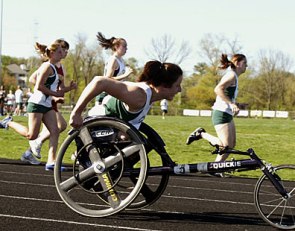 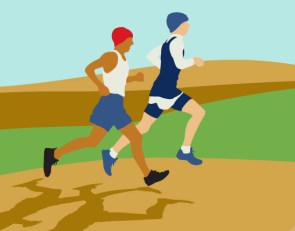 https://usatodayhss.com/2016/hs-crosscountry-semistate-5-things-to-know
HS cross-country semistate: 5 things to know
I found this story on USA TODAY High School Sports and wanted to share it with you: %link% For more high school stories, stats and videos, visit http://usatodayhss.com.