Ben Davis DB Rondell Allen makes a play in the secondary against Avon on Friday night.

Class 6A No. 4 Ben Davis won its 21st sectional title Friday night with a 47-40 victory over visiting Avon.

“I’ve been around for nine or 10 of them, and winning them never gets old. It just seems to get tougher and tougher,” Ben Davis coach Mike Kirschner said.

Behind 343 total yards and four touchdowns from quarterback Reese Taylor, Ben Davis (8-3) beat Avon (6-5) for the second time this season and eliminated the Orioles for the fourth time in six years.

Ben Davis will face Cathedral (7-4) — an overtime winner over Lawrence Central on Friday — in next week’s regional round.

“Any time you can play a Rick Streiff team, it’s a quality program. They have more wins than anyone in the history of Indiana, more state titles than anybody,” Kirschner said. “We’ll be walking into a buzzsaw.”

Avon lost by 31 points in the season’s earlier matchup, but the Orioles pushed the Giants to the limit Friday.

“We showed a lot of determination to give us a chance,” Avon coach Mark Bless said. “We talked about that all year. I’m so proud of the group for fighting the fight.”

In the first half, Taylor went 14-of-17 for 167 yards, Johnny Adams had 93 rushing yards and a receiving touchdown and Joey Person had a pair of 1-yard scores. But with TD passes of 66 and 77 yards by Cameron Misner to Isaac Guerendo, and a 35-yard field goal by Justin Heindorn, Avon pulled within eight points at the break.

On a fumble recovery for a score by LeShaun Minor, Ben Davis went up by 22 in the third, but Avon clawed back. After Misner ran for a TD and threw another to Luke Shayotovich, the Orioles recovered an onside kick. Ben Davis held with just under three minutes left, and a 34-yard run on third down by Taylor iced it.

“We made a couple plays down the stretch, but kind of disappointed we lost our mental focus after we got up 22,” Kirschner said. “We let down, and credit to a good team, they came marching back.” 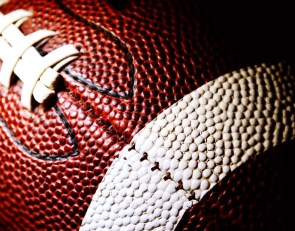 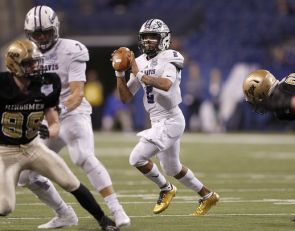 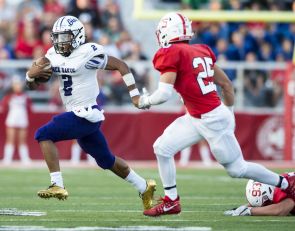 https://usatodayhss.com/2016/hs-football-ben-davis-survives-against-avon-for-sectional-title
HS football: Ben Davis survives against Avon for sectional title
I found this story on USA TODAY High School Sports and wanted to share it with you: %link% For more high school stories, stats and videos, visit http://usatodayhss.com.