IU football to play on Friday every 3 years

IU football to play on Friday every 3 years

Indiana University athletic director Fred Glass confirmed to IndyStar on Wednesday that his program has agreed to play one Friday night conference game every three years.

“We think it’s a good opportunity for our program to have a window, as an up-and-coming program, that would give us exposure,” said Glass, who does not know yet which of its games will be moved to Friday night.

The Chicago Tribune first reported that the Big Ten Conference’s new broadcast agreement will include a package of six prime-time Friday games beginning in 2017.

“All things considered, we thought it was worthwhile to dip our toe in the water,” Big Ten commissioner Jim Delany told the Tribune.

The Tribune said the matchups, which will be played in September and October, could be announced soon. The games will air on ESPN, Fox or Fox Sports 1, and none will be televised on Big Ten Network. The new TV deal with ESPN/ABC and Fox runs for six years.

Glass’ primary concern with the move to Fridays is high school football. He said he doesn’t want IU — or the Friday move in general — to disrupt high school football in the state. In that spirit, Glass said he and Mike Bobinski, his counterpart at Purdue, spoke with Indiana High School Athletic Association commissioner Bobby Cox about the decision.

Bobinski confirmed Purdue, like most Big Ten members, agreed to participate in the Friday night games. He said he drew positive feedback when he discussed the idea on campus in recent weeks.

“One of the things it allows the league to do is get additional nearly only-show-in-town, big platform, big media exposure on a prime-time night,” said Bobinski. “That’s a good thing for Big Ten football. It’s great for Purdue to be in that setting. We’d love to have the opportunity to do it. It will showcase our program in a big way.”

Cox, who also spoke to the Big Ten commissioner, called the decision inevitable and credited the conference for holding out as long as possible.

“I think this is also a great opportunity for our organizations to work together to cross-promote a sport that has been under attack,” Cox said. “Additionally, this could serve as an opening for a collegiate conference enjoying great annual revenues to assist high schools in our states to augment potential losses at the local level.”

Delany told the Tribune that Michigan has declined to play Friday games either at home or on the road. He also said programs with large seating capacity stadiums such as Ohio State and Penn State would also likely be exempt from Friday night games.

“We have thought a lot about this,” Big Ten senior associate commissioner for television administration Mark Rudner told the Big Ten Network. “(The six Friday night games) represent about 6 percent of the total home games that we will have in any year over the next six years. We think it is a great opportunity for significant exposure and more favorable use of national platforms for football.”

Purdue’s Board of Trustees last month approved $5.6 million in gift funds to install permanent lights at Ross-Ade Stadium. That project is scheduled to begin in March and be completed by August.

Delany told the Tribune there will be three conference games and three nonleague games in September and October. 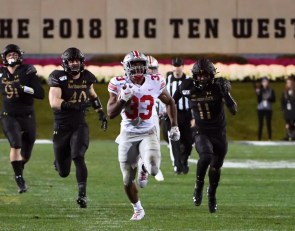 Executive director of NFHS lashes out at college football on Friday nights. Will it have any impact? 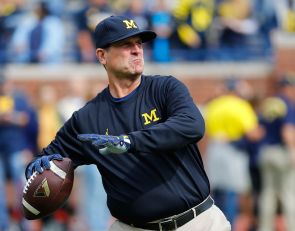 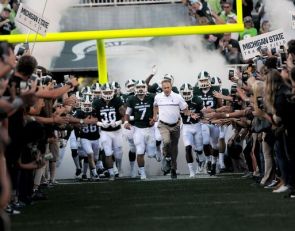 https://usatodayhss.com/2016/iu-football-to-play-on-friday-every-3-years
IU football to play on Friday every 3 years
I found this story on USA TODAY High School Sports and wanted to share it with you: %link% For more high school stories, stats and videos, visit http://usatodayhss.com.