Jeffery Simmons, y'all. Best dressed man this side of the Mississippi. pic.twitter.com/cqfeBmP4vf

In the end, Jeffery Simmons decided to stay in his home state.

The five-star defensive end from Noxubee County (Macon, Miss.) selected Mississippi State over a late charge from Alabama. He also was considering Ole Miss and Tennessee.

Simmons was among the bigger risers in the final recruiting rankings. He added a fifth star from Scout, the only five-star player in the state.

“A grown man playing high school football,”  Scout national recruiting analyst Chad Simmons said. “Not only is he a terror off the edge as a pass rush guy, but also can set the edge, can play the run. A three-down defensive end looks like he was born to play in the Southeastern Conference. He’s tough, he has a lot of energy, he plays with passion, he plays with emotion. Simmons is everything you want in a defensive end.”

Simmons moved into the Rivals rankings at No. 56 in August. By the final rankings in January, he was up to No. 51.

Back in August, Rivals national recruiting director Mike Farrell said of Simmons: “He’s an outstanding defensive end. He’s one of those Mississippi secrets, a guys who would have emerged around Alabama-Mississippi all-star time. Luckily enough, there are so many events and so many camps we were able to  find him. He’s on his way up.” 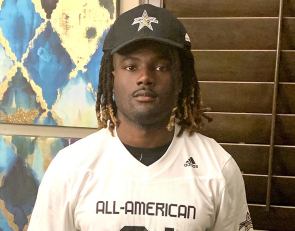 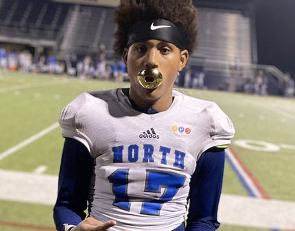