Despite being without its best player, the visiting Manual High School boys soccer team scored twice in the final 8:20 to pull out a 3-3 tie with Butler Tuesday night and maintain its undefeated record.

Henry Jelsma, who has scored seven goals this season, scored the equalizer for the Crimsons (7-0-2), the No. 6 team in Kentucky according to MaherRankings.com.

The senior forward happened to be in the right place at the right time as Ryan Tarr’s blast from the top of the box was pushed aside by Butler goalkeeper Javier Huitron, but the deflection went right to Jelsma, who charged from the left wing toward the goal on Tarr’s shot for the putback with 3:12 left.

“To be resilient like that, it shows a lot about our team,” Jelsma said. “I think going forward, we’ll learn from this.”

The host Bears (8-4-1) dominated play for most of the first 70 minutes of action. They came out quick in both halves thanks to the play of Irakoze Chartier.

The sophomore forward scored his first goal just 5:24 into the game as he was able to get past the Crimsons defense, finishing a one-on-one opportunity against goalkeeper Jared Downey. Less than seven minutes into the second half, Chartier earned a brace on the counterattack as his 16th goal of the season made it 2-0.

Manual’s Jack Fasteen got Manual on the board on a direct free kick from 20 yards out with 30:58 remaining, but less than 30 seconds later, Butler again took a two-goal lead as right off the kickoff, it attacked the Crimsons end with Abdisemed Ahmed finishing off a cross into the box.

“We knew this was going to be a hard game,” Chartier said. “We did what we had been practicing the past week: outpossess them. They’re a possession team and then counter when we have to counter. That’s what we did.”

Manual came into the match without the services of Dylan Barth. The senior forward, who has 11 goals and 10 assists, suffered a gash on his right eyelid in Saturday’s 2-2 tie with Trinity. The cut required 13 stitches, coach Bob Ramsey said, but Ramsey hopes he’ll be cleared to resume play soon.

Besides losing Barth, Ramsey noted that his team also had some trouble adjusting to the narrower field at Butler, which he noted suits the Bears well because of their tremendous speed.

“They know how to play on this field,” Ramsey said. “And they did an excellent job tonight.”

Manual finally starting getting a feel for the field in the final 10 minutes, and cut the Bears advantage to one with 8:20 remaining as Brendan Zink scored off a Fasteen corner kick.

While his team was unable to hold on against the Crimsons, Butler coach Mario Carrillo still was able to take away several positives for his club, which currently has the best record among Sixth Region teams.

“We knew we could play that way,” Carrillo said of the Bears attacking style, “because we knew we had the players to play that way, even against a team like (Manual).”
Butler 3 (Irakoze Chartier 2, Abdisemed Ahmed), Manual 3 (Jack Fasteen, Brendan Zink, Henry Jelsma) 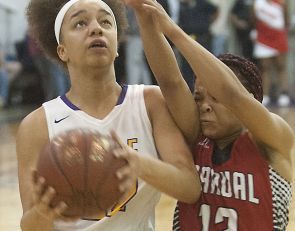 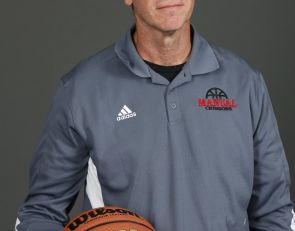 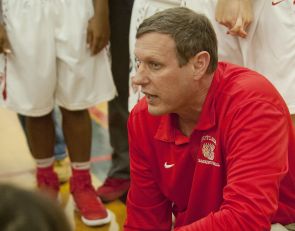 https://usatodayhss.com/2016/jelsma-equalizer-saves-crimsons-draw-with-bears
Jelsma equalizer saves Crimsons’ draw with Bears
I found this story on USA TODAY High School Sports and wanted to share it with you: %link% For more high school stories, stats and videos, visit http://usatodayhss.com.