Taking in some Jesuit baseball from the old fashioned seats pic.twitter.com/FVY8xXDGjv

Jordan Spieth is a proud Jesuit alum, and almost certainly the school’s most famous alum. The Dallas native was back in town for the PGA Tour’s Byron Nelson Classic over the weekend, and he took advantage of his location to re-connect with his scholastic roots.

On Friday night, Spieth Tweeted out a photo of himself in the cheap seats at Jesuit’s Class 6A Region II quarterfinal playoff series against crosstown rival Highland Park in nearby Prosper (all Texas playoff rounds are competed at neutral sites).

Spieth got to watch a heck of a game, with Jesuit and Highland Park knotted 1-1 through relegation before Highland Park took the lead in the top of the eighth. The Scots would eventually hold on, tying up the series 1-1 thanks to a William Wessman’s two-run double.

While Spieth didn’t take home the Byron Nelson title on Sunday, he at least could take solace from the performance of his former school; Jesuit eliminated Highland Park with a 3-2 victory in Game 3, albeit without the golf star in attendance.

“The atmosphere and intensity of this series, that’s what high school baseball is about,” Highland Park coach Travis Yoder told the Dallas Morning-News. “It was two evenly-matched teams going at it.” 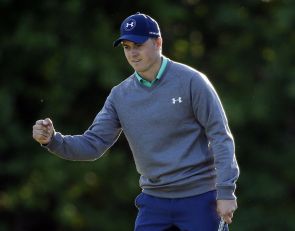 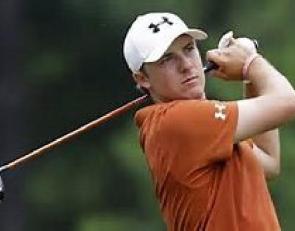 https://usatodayhss.com/2016/jordan-spieth-decompressed-from-byron-nelson-classic-at-hs-baseball-game
Jordan Spieth decompressed from Byron Nelson Classic at HS baseball game
I found this story on USA TODAY High School Sports and wanted to share it with you: %link% For more high school stories, stats and videos, visit http://usatodayhss.com.