Chef of the Week

In sports the term “cookin” is reserved for a player who goes on a scoring spree or gets hot during a game and makes big plays on the offensive end.

Warriors point guard Matt Coleman’s shot missed off the side off the rim then Oak Hill missed the first tip-in attempt and Sy’s tip-in fell in barely beating the buzzer.

Sinking the field goal that wins you a national title?

Poster of the Week

This week’s Poster of the Week winner is Prolific Prep (Napa, Calif.) wing Josh Jackson for dropping the hammer on his own teammate at the McDonald’s All American Game last week.

That’s right, Jackson is not respecter of person when it comes to posterizing.

He caught Malik Monk’s missed layup off the front of the rim and skied over his teammate, Jarret Allen, who was also trying for the putback slam.

Jackson went on to score 19 points in the West’s 114-107 win over the East and was subsequently named Co-MVP.

Check out the dunk below.

Oh No They Didn’t!

This award is reserved for the player who turned in a mind-boggling performance or play that left the crowd in a state of shock and amazement.

This week’s “Oh No They Didn’t” winner is East Central (Converse, Texas) forward NaLyssa Smith for saying forget about a layup line and forget about the fact that I’m just a sophomore and throwing down the one-hander in practice.

That’s right, Smith, is only a 10th grader, but she’s got hops for days.

Smith is also 6-foot-4; she averaged 17 points, 10 rebounds and three blocks a game this past season.

Check out how she rocked the rim below. 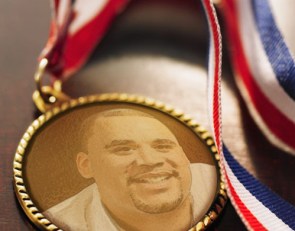