Kentucky Country Day’s Madison Mitzlaff (32) fights pressure from Louisville Collegiate’s Elle Summerfield (9) and Alex Oldham (13) during the first half of the Girls Lacrosse State Finals in Louisville, Kentucky. May 25, 2015

The title is the second consecutive for the Bearcats and the fifth in program history.

“It’s amazing, especially going in knowing that we’ve never done it before, that made all the hard work so much more worth it,” senior goalie Annie Scharf said. “It’s so exciting. I’m so glad we could do it for (coach) Pat (McAnulty). It’s amazing.”

That could also describe the entire season for KCD (22-3), which finished unbeaten against Kentucky competition.

“This result is one I’m very happy for. I’m just proud of all the seniors. All 11 of them have worked really hard for a long time.”

KCD built an 8-1 lead at halftime but it wasn’t a runaway from the start. The Amazons played deliberate early, working the ball around and trying to find a shot. It was hard to, however, against the Bearcats’ zone defense.

Junior attacker Isabella Tacogue eventually got KCD on the scoreboard, finding the net just over seven minutes into the match. Junior Claire Hamilton made it 2-0 three minutes later when she picked up a loose ball off the bounce in front of the Collegiate goal and put it into the net. The first of Anderson’s two goals pushed the Bearcats’ lead to 3-0 at the 11:29 mark.

Collegiate cut into KCD’s lead when sophomore Claire Foley found the net with 10:42 to play in the first half.

Anderson and Hamilton each scored again to boost the Bearcats’ lead to 5-1. KCD then hit the Amazons with a scoring barrage right before the half, scoring three times in the final 49.1 seconds.

“That was beautiful. We just took a deep breath, moved the ball and played our game,” McAnulty said. “These games are so frantic that sometimes you look up and half the half is over and you’re like, ‘You’ve just got to slow down and execute.’ I’m glad they did that.”

The Bearcats picked up where they left off in the second half as senior Daria Eisenbrei netted back-to-back goals, then senior Kelsey Gill scored to make it 11-1, starting a running clock.

“It’s incredible,” she said. “It’s been an amazing experience. I have never felt such a bond with this amount of girls in my entire life. We support each other, we trust each other and it’s meant the world to be a part of this team.”

Added Scharf: “We had some ups and downs, but in the end, in this game, I think we really came together. We’ve put in a lot of hard work. A lot of us have worked all year round and it’s just paying off right now.”

The loss ended an amazing tournament run by the fourth-seeded Amazons, who had knocked off second-seeded Sacred Heart in two overtimes and third-seeded Eastern in three OTs to get to the title game.

“This run for us is something special,” Collegiate coach Kyle Stratton said. “I’m really proud of these girls. They’re invested, they gave it their all, that’s all we could ever ask of them.” 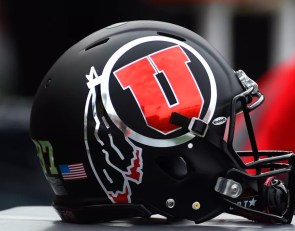