Lakeview pushed, but holds on to All-City swim title

Lakeview pushed, but holds on to All-City swim title

Lakeview’s Allison Shenefield competes in the 100 Yard Freestyle during the 2016 All-City Swim Meet held at Lakeview on Saturday.

In the closest All-City girls swimming and diving meet in recent memory, host Lakeview held off a strong push from Harper Creek and Battle Creek Central on Saturday, as the Spartans claimed their 14th consecutive city crown.

“I think everybody came in thinking in the back of their mind, ‘Maybe we can win it.’ And that’s pretty cool,” said Lakeview head coach Kyle Lott. “That’s the way it used to be – nobody knew who was going to win. Just a knock-down, drag-out meet and that’s fun. It makes all the kids faster.”

Led by Ally Shenefield’s four individual city championships, Lakeview posted a team score of 462. Harper Creek was runner-up with 427, while Battle Creek Central wasn’t too far behind with 370 points.

“We’ve had this championship for like 13 years, so we really want to win it,” Shenefield said. “We always put a lot of energy into going our hardest here.”

“This year, I was telling the coaches… isn’t it great to have a pretty close meet?” Lott said. “I worked a lot harder this year than I ever have on a city meet lineup. This year it was a lot of meetings, and telling the girls they need to do this, this and this, where normally we come into it a little more relaxed.”

The swim of the day belonged to Harper Creek’s Alysa Wager, as she won a city title in the 100 butterfly in a new school-record time of 1:01.05.

“That 100 fly record, I have been coaching for 21 years and one of my goals was trying to clear out the whole record board,” said Harper Creek coach Corrin Buck. “The 100 fly was a Harper Creek gal who is now a parent in our district. I’m happy to say that Chris Dinkins, we got you off the record board, and it’s been since 1983. That is an impressive time and it’s something we’ve been trying to get for years. I’m excited Alysa got that record today – we thought we’d have to wait until league or state.”

“We made (Lakeview) nervous, and that’s always nice,” Buck said. “They come in here and a lot of times have so much depth and strength, it was just nice to be in a rat race with them. We were ahead a couple times, so that was exciting. I couldn’t be more pleased with my student-athletes.”

Battle Creek Central had one swimmer claim a city title, as Emily Meyer cruised to a victory in the 500 freestyle (6:00.85).

“We swam really well. I’m proud of our girls,” said BCC head coach Rob Brownell. “Not making any excuses, but we’re coming off our third meet in five days and we had girls out with injuries today that brought us back. But our performance overall was great. A lot of (personal records) today, and that’s impressive after two other meets this week.”

Battle Creek Central’s Morgan Mowry competes in the 200 Yard Freestyle during the 2016 All-City Swim Meet held at Lakeview on Saturday.

Harper Creek’s Alysa Wager competes in the 100 Yard Butterfly during the 2016 All-City Swim Meet held at Lakeview on Saturday.

Battle Creek Central’s January Johnson competes in the 200 Yard IM during the 2016 All-City Swim Meet held at Lakeview on Saturday. 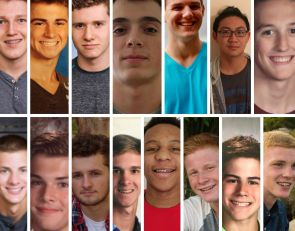 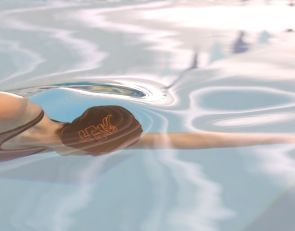 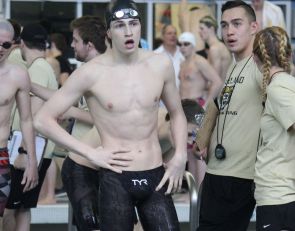 https://usatodayhss.com/2016/lakeview-pushed-but-holds-on-to-allcity-swim-title
Lakeview pushed, but holds on to All-City swim title
I found this story on USA TODAY High School Sports and wanted to share it with you: %link% For more high school stories, stats and videos, visit http://usatodayhss.com.