No time is more important in the triple jump, Josh Norville knows, than the first few seconds.

The Lehigh senior stands on his tippy toes 105 feet from the pit, then leans back with his left foot, stretching his left hand over his chest.

He does it again. And again. He does it long enough to lose himself in the moment.

Then the 6-foot-3,194-pound leaper drives his legs forward on the runway, fights off the wind, hopes to erase the memory of any bad jump and lets himself go.

In his third and final year as a track and field athlete with the Lightning, Norville has a state championship on his mind. He ranks first in the triple jump in Class 3A. He’s ranked 11th in the nation according to milesplit.com.

And he heads into the triple jump field at the University of Florida’s Pepsi Relays on Friday as a strong contender to win.

He jumped a career-best 47 feet, 6.5 inches on March 12 at the Community School of Naples Invitational, which netted a mark almost three feet farther than his personal best from 2015. But he hasn’t been back to 47 feet since.

“When it comes to a track meet, there’s a lot of season and if you have that one jump, you’ll look good that meet, but you come back and do it again,” he says.

Because in his final few steps on the runway as a junior, he never got the same satisfaction. He missed out on the state championships, finishing fifth, just one place away from qualification.

“It was tough,” he said. “I actually did cry a little, because I knew I could have done better.”

But he didn’t harbor those feelings of disappointment for too long.

Just a week later, he brushed that misfortune aside, going to work with Lightning coach, Matthew Booth, who trains not only Lehigh athletes but works with professional athletes and provides meet management for them — including notable Olympians like United States decathlete Ashton Eaton and Jamaican sprinter Asafa Powell.

“The biggest thing is he’s learned how to let it go and focus on the next one,” said Booth, a USA Track and Field Level 2 certified instructor in jumps. “Last year he would worry about attempt No. 1 when he was on jump No. 3. Now he’s good on clearing his head. From there, he just blocks everything out and goes to work.”

Practice is what makes perfect. And it’s been instrumental in Norville’s improvement.

A heavy dose of weight room work over the summer gave Norville a stronger core, which resulted in more explosion from the start, which nets him more power when he finally takes the leap off the strip and lands in the pit.

He’s gotten better in his phases, too: Planting in the first, patiently transitioning in the second, and driving off the board in the third.

With one huge jump at the Pepsi Relays, it could net him the exposure he needs in front of big-time scouts. The University of South Florida has already expressed interest, Booth said, but Norville knows he needs to be more consistent.

It’s why he pushes himself so hard at times. Part of that is personal pain, too.

Two years ago, he lost his older brother, Cameron, to a single-car accident. The pair, who were separated in age by nearly four years, used to sleep on bunk beds as kids and idle time by playing video games together.

At times, Norville considered Cameron more than a brother. Sometimes, he was like a father.

“My brother, he always taught me the right and wrong,” Norville said. “Without him even saying something to me, me just watching what he did and how he acted, it made me want to be a young, successful man like him.”

Losing his brother struck a chord in his life. It meant that anything could be taken away at any time.

Norville currently holds a 3.34 GPA and a score of 22 on the ACT. He wants to compete in college, just like Booth, who won an indoor state championship in the high jump as a senior in 1997 at Falmouth High in Massachusetts and then went on to compete at Wheaton College in Norton, Massachusetts.

“I found out who I could be,” Norville said. “I could be the best in the nation. But no matter what, I still have to try. I can be a leader and get places. I could make everyone around me proud and let them know I’m a hard worker.”

By meeting those standards, he could ensure himself the opportunity to jump at the next level.

Booth encourages Norville every day, telling the senior he can make those jumps. He just needs to focus, be patient and execute.

The triple jump is all about those first few important moments. 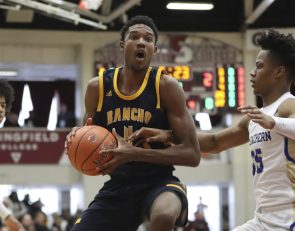 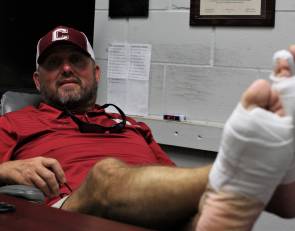 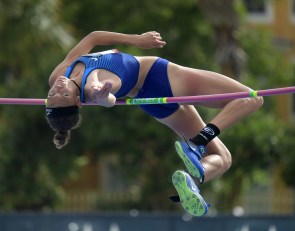 https://usatodayhss.com/2016/lehighs-josh-norville-ready-to-soar-in-triple-jump
Lehigh's Josh Norville ready to soar in triple jump
I found this story on USA TODAY High School Sports and wanted to share it with you: %link% For more high school stories, stats and videos, visit http://usatodayhss.com.