Les Schwab Invitational: Michael Porter Jr. does it all to lead Nathan Hale over No. 2 Sierra Canyon

Les Schwab Invitational: Michael Porter Jr. does it all to lead Nathan Hale over No. 2 Sierra Canyon

Michael Porter Jr. showed his complete game, filling the box score and making a key defensive play, as No. 13 Nathan Hale (Seattle) downed No. 2 Sierra Canyon (Chatsworth, Calif.) 67-65 in the finals of the Les Schwab Invitational Friday night in Portland.

Porter, the Washington signee who is ranked No. 2 in the Class of 2017 by ESPN, had 27 points, 15 rebounds, four steals and three assists. He made a layup with 17 seconds remaining for the winning points, then forced Marvin Bagley III to turn the ball over on the other end. Keegan Crosby sealed the win with two free throws with seven seconds remaining.

Bagley, ranked as the nation’s top junior, was named the tournament MVP and had 22 points and 10 rebounds in the title game.

S/O to my teammates! Proud of y'all!#RaiderNation

Hale trailed by as many as 11 — and nine entering the fourth quarter — but roared back for the victory. The team shot 6-for-32 from the arc overall, including 1-for-13 in the third quarter.

“This team’s never been in a big national tournament, and when I told them we were going to play in one, they were excited about it,” Hale coach Brandon Roy, the former Trailblazer who was returning to Portland, told The Oregonian. “Our whole school, they were supporting us, people have been texting me all day say, try to win it.  It’s great for these kids to go back to school Monday with a championship. The team was 3-19 last year, and they beat one of the top teams in the country.” 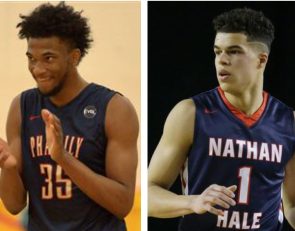 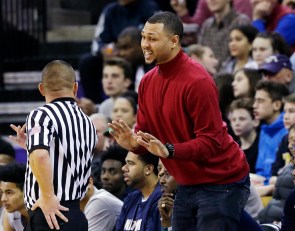 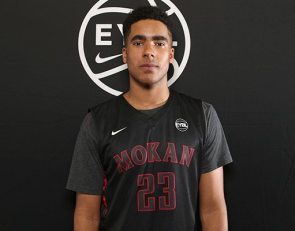 Jontay Porter commits to Missouri, no announcement yet on reclassifying

https://usatodayhss.com/2016/les-schwab-michael-porter-nathan-hale-sierra-canyon
Les Schwab Invitational: Michael Porter Jr. does it all to lead Nathan Hale over No. 2 Sierra Canyon
I found this story on USA TODAY High School Sports and wanted to share it with you: %link% For more high school stories, stats and videos, visit http://usatodayhss.com.