Lincoln’s Peyton Sudenga (47) comes down in the end zone for a touchdown during a game against Rapid City Stevens Saturday, Aug. 27, 2016, at Howard Wood Field in Sioux Falls.

Sioux Falls teams aren’t supposed to lose high school football games to Rapid City teams. That’s been pretty steadily established over the last decade-plus, as Rapid City Stevens and Rapid City Central have both only periodically been strong enough to rise up and score an upset against their east river 11AAA brethren.

Lincoln’s Cory Fichter (34) rushes with the ball during a game against Rapid City Stevens Saturday, Aug. 27, 2016, at Howard Wood Field in Sioux Falls.

An upset didn’t happen Saturday night, as Lincoln defeated Stevens 40-20 at Howard Wood Field, but that score is misleading, as the Raiders seemed for much of the night to be well on their way to an upset. That was in large part due to the Patriots’ generosity, as Lincoln used fumbles, botched snaps, missed assignments and miscommunication to prevent themselves from having success. Losing starting quarterback Preston Eisenbraun didn’t help.

But Lincoln coach Aaron Beavers has been there before – every coach has. You’re struggling in a game you’re supposed to win, mistakes are being made all over the field and people are going down. What do you do? Simplify.

Trailing by eight at halftime the Patriots pared down their attack in the second half, letting the ground attack carry them to victory. Lincoln outscored Stevens 31-3 in the second half, as Corey Fichter finished with 147 yards and two touchdowns rushing.

“You’ve got a young team and then your quarterback goes down and all the sudden everyone’s kind of down in the dumps,” Beavers said. “But I did a poor job of playcalling in the second quarter. We got kind of pass-happy when we’d had the line of scrimmage established. I said to our O-line, you guys always want me to go with you, so that’s what we’re going to do.”

The injury to Eisenbraun is troubling, however. The junior newcomer hurt his right knee on a botched extra point after Lincoln’s first touchdown, but he returned after missing a series. Then he reinjured the same knee. Eisenbraun went 5-for-11 for 59 yards in the game, but Beavers admitted his season could be in danger pending the results of a doctor visit.

Tiegen Salava stepped in as the backup quarterback and threw a touchdown pass, but he also struggled with the center exchange, prompting Beavers to slide wide receiver Cole DeBerg under center. DeBerg subbed at quarterback last year, and went 3-for-4 for 73 yards and a touchdown Saturday to go with two catches for 45 yards and a score.

Lincoln’s Cole DeBerg (7) rushes with the ball during a game against Rapid City Stevens Saturday, Aug. 27, 2016, at Howard Wood Field in Sioux Falls.

There were positives for Stevens, such as Peyton Oxner’s 122 rushing yards on only six carries. He scored from 42 yards out in the second quarter, and after Lincoln had opened the second half with 18 unanswered point to seemingly take control, Oxner answered with a 72-yard gain to set up a Raider field goal that cut the Lincoln lead to 27-20 with 7:50 to go in the game. But keeping up proved to be too much for a Raider team that looked well-coached and seems to have solid numbers this year. Once the Patriots cut down on the mistakes they were in control.

“Coach kind of got after us a little bit (at halftime), but he also gave us some words of wisdom,” DeBerg said. “He encouraged us to pick it up and fight through, because he knows what we’re capable of.” 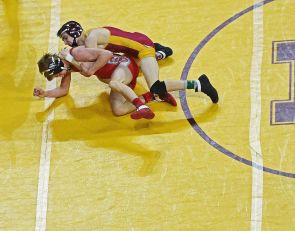 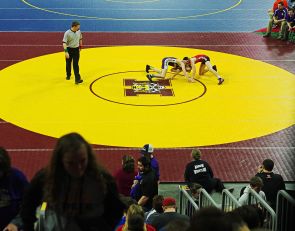 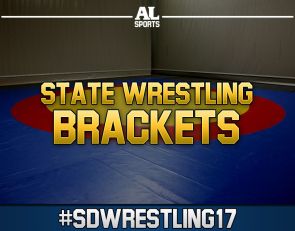 https://usatodayhss.com/2016/lincoln-fights-off-upsetminded-stevens
Lincoln fights off upset-minded Stevens
I found this story on USA TODAY High School Sports and wanted to share it with you: %link% For more high school stories, stats and videos, visit http://usatodayhss.com.