EDITOR’S NOTE: Lindsay Davis, a former Miss Ohio, is an advocate who helped in the passage of SB252  — “Lindsay’s Law” — in the Ohio state legislature with Sen. Cliff Hite. – a law that requires all coaches and teachers to undergo education on the symptoms of sudden cardiac arrest. She is currently working to get other states to pass a similar legislation in addition to a law that requires CPR training as a high school graduation requirement. Davis was diagnosed with hypertrophic cardiomyopathy at age 17. Davis is also associated editor of Open Heart BMJ, the online cardiology edition of the British Medical Journal.

What if what we knew could save a life? What if we had the power to prevent tragedies? What if this knowledge only took minutes to learn?

According to the American Heart Association (AHA), every hour at least 38 people suffer sudden cardiac arrest outside of a hospital in the United States. This adds up to more than 300,000 annually.

Almost 90% of those who suffer out-of-hospital cardiac arrests die and only 46% of cardiac arrest victims get administered CPR before professional help arrives, according to the AHA.

Many of these could be prevented if more of the public was trained in how to perform CPR. CPR Awareness Week begins Wednesday and goes through June 7 with a goal of increased training to help with the silent epidemic of preventable deaths associated with cardiac arrest.

If CPR is performed in the first few minutes of cardiac arrest, the likelihood of survival is twice or three times greater compared to someone who goes untreated, experts say. If the victim is given the combination of CPR and an AED, the survival rate increases dramatically. Yet, it is believed that more than 70% of American’s do not know how to perform CPR, and less than 3% of the population receives CPR training annually, according to the AHA.

The solution: Compulsory education, especially for young people. Thirty-three states have mandated CPR and AED training into their high school curriculums. With the AHA estimate of 70% of out-of-hospital cardiac arrests occurring in the home, mandated education is effectively helping to protect not just strangers, but the ones we love the most.

Mandated compulsory CPR training is not a new concept. A number of European countries require first aid training, and the Red Cross reports as many as 95% of Norwegians and 80% of Germans are trained and proficient in CPR and AED use.

“Many studies have shown that just by teaching people how to do CPR and use an AED, the rate of survival can more than double,” said Dr. Joshua M. Cooper, the director of cardiac electrophysiology at Temple University Health System in Philadelphia. “Think of how many lives could be saved just by getting the word out to everyone.”

CPR provides the perfect example of how the proper training and requisite knowledge can empower one to save a life.

Mouth-to-mouth resuscitation was first performed in 1740 in Paris and the refining and proliferation of the process is 276 years in the making, Cooper wrote in a recent article for AHA.

Cooper told USA TODAY Sports that Dr. Claude Beck, in 1947, was the first person to use electricity to shock a patient’s heart back to life.

“He quickly realized that in order to save the lives of people outside of a hospital, everyone in the community must be taught what to do if they witness someone collapse to the ground in a cardiac arrest,” Cooper said. “He made a video on this topic in 1958, almost 60 years ago, saying that ‘a massive teaching program is needed.’ Unfortunately, even though we now have AED technology easily available, most people still do not know how to use one.”

With modern CPR in use for more than 55 years, and the championing of educating the public just as old, it begs the question of what has taken so long to implement it? Essentially, as a population, we have been sitting on our hands when it comes to a crucial life-saving education that anyone and can learn.

“Schools prepare students with essential life skills and we believe CPR skills are among the most critical,” said Dr. Laxmi Mehta, the president of the Ohio Chapter of the American College of Cardiology and past president of the Columbus American Heart Association Board of Trustees.

“The training can take as little as 30 minutes, and more importantly, it saves lives. Schools present an opportunity to teach young people how to respond to cardiac arrest and begin to introduce such efforts as part of a normal bystander response. …

“The best emergency medical services may not be able to reach a victim within the critical first three to five minutes.  Every second counts in preserving both heart and brain function.  Quick action, even by children, can save lives.”

This is a massive victory in changing the status quo. According to the Institute of Medicine, less than 3% of Americans are trained in CPR annually, and now more than half of all graduating seniors will be proficient.

California is on the verge of passing its version of a CPR and AED education bill, sponsored by Assemblyman Freddie Rodriguez. A hearing is scheduled for Friday. Under AB 1719, school districts would have the flexibility to teach hands-only CPR in any required class, such as physical education or health. The bill is endorsed by the American Heart Association and American Red Cross.

English soccer player and founder of Heart4More, Tobi Alabi, suffered three cardiac incidents, including one during a game. At 19, Alabi played for the English football club Millwall FC, based in southeast London.

His first incident came 15 minutes into a Ryman Premier Division match, when he collapsed on the pitch and was hospitalized. Alabi’s second occurred a few weeks later when, while being examined by doctors, his heart stopped. His third and most serious incident required him to be rushed to the hospital, resuscitated on the way and resulted in Alabi receiving a pacemaker. His heart stopped for 9 minutes before he was resuscitated by CPR.

Alabi was fortunate to have a Molesey defender and cardiologist assess him on the pitch in his first cardiac arrest, and was surrounded by medical professionals and paramedics during his second and third incidents. CPR and the use of an AED saved his life.

Tragically, most people who suffer cardiac arrest aren’t as fortunate. On May 7, Dinamo Bucharest soccer player Patrick Ekeng collapsed during a televised game in Romania. Ekeng was not given CPR during the more than 10 minutes he lay unconscious on the pitch.

With his own experience as a backdrop, Alabi has become an advocate for CPR training.

“I think it’s of massive importance to teach people,” he said. “From a personal perspective, it helped to save me. I think it should be part of a life skills curriculum that you’d have to undertake before graduation and I think that would be great thing to put into the curriculum. That’s something that even in England we’ve been trying to get into the curriculum for a long time. … It’s just a question of how to get it in.”

He also advocates for AED training as part of the education:

“Until I started to research into this area I thought that CPR was only performed to keep the heart beating or to massage the heart, but it’s important that people know that CPR is performed so that oxygenated blood is pumped around the body which decreases the risk of the individual suffering brain damage,” he said. “It’s important people know why they’re doing it, and how necessary it is to perform CPR and to perform in conjunction of the use of a defibrillator.

“I think those two messages need to be synonymous. I mean for me it was very, very important in my instance because had that not been performed it could have been a very different story. “

While 33 states represent a substantial step in the right direction, 17 states still are leaving their populations at greater risk to cardiac death by not proactively educating and training in CPR.

This has to change. You can be this change. Reach out to your local state representatives and state senators and demand they follow suit.

The cost of state-mandated CPR education cannot be an excuse for failing to implement a crucial and potentially life-saving skill.

How do you put a cost on the value of human life? The life that might need saving could be yours. 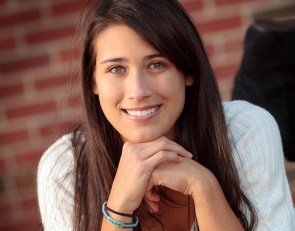 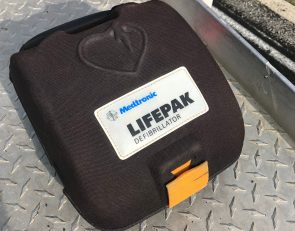 'They saved my son's life': Coaches credited after athlete goes into cardiac arrest 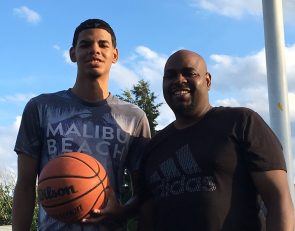 One year after cardiac arrest, NJ high school hoops player back on the court