The rosters have been finalized for the sixth annual Ballislife All American Game, scheduled for April 30 at Long Beach City College in California. Five players were added this week to complete the rosters and injuries forced two players to withdraw.

Organizers created the game in 2011 with the goal of brining a national all-star game to the West Coast with the McDonald’s All American Game in Chicago and the Jordan Brand Classic in New York.

Here are the rosters, according to Ballislife.com. 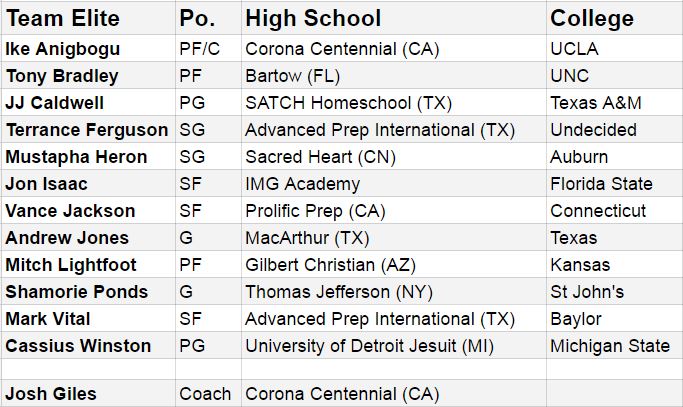 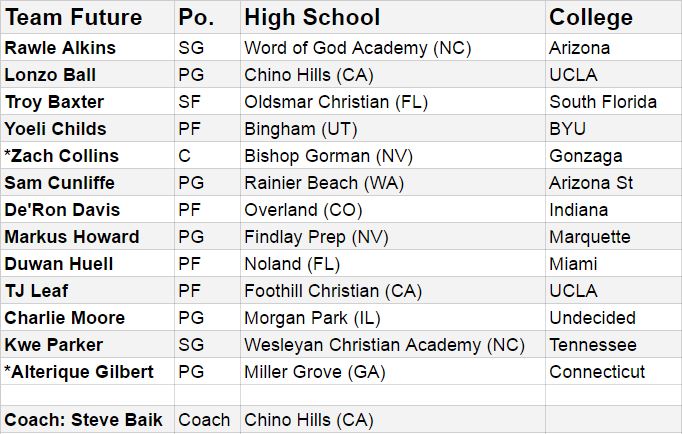 https://usatodayhss.com/2016/lonzo-ball-among-stars-on-final-rosters-for-ballislife-all-american-game
Lonzo Ball among stars on final rosters for Ballislife All American Game
I found this story on USA TODAY High School Sports and wanted to share it with you: %link% For more high school stories, stats and videos, visit http://usatodayhss.com.