For the second consecutive game, the South Oldham High School football team took some time to get going offensively. But once it did, there was no stopping the Dragons.

South Oldham scored 37 points in the final three quarters of the game to thrash Bullitt Central, 37-0, in the second round of the Class 5-A state tournament. Quarterback Drew Zaubi accounted for four touchdowns, running for a 34-yard score and connecting on three passes, including a 52-yard completion with Des Benham.

“Tonight it was a passing game again,” South Oldham coach Jamie Reed said. “(Bullitt Central) loaded the guys in the box and made it a point for us not to run the ball, but most of our touchdowns came out of our passing game.”

Keenan John scored the lone rushing touchdown for the Dragons, rushing off tackle to the left and diving into the end zone for a 32-yard touchdown.

The Dragons move on to face North Bullitt next week.

Trinity 49, Eastern 0: The Shamrocks (12-0) left the Eagles (5-7) scoreless in the Class 6-A tournament. Jovan Smith was the top rusher for the Shamrocks with 73 yards and two touchdowns. Spencer Blackburn was 17 of 23 for passing with 270 yards and four touchdown.

“Spencer is Spencer,” Trinity coach Bob Beatty said. “He’s going to be as good as what he is depending on those five guys up front. He didn’t have to scramble much tonight and threw the ball in rhythm. He didn’t play last week so he had a little rust to get rid of and he got back into the rhythm tonight.”

Trinity will face Ballard next week.

Fern Creek 39, Dixie Heights 6: Dylan Dunbar for the Tigers (10-2) made an explosive start to the game with a 79-yard touchdown in the first quarter to secure a 39-6 win against the Colonels (6-6) in the Class 5-A tournament. The Tigers dominated in the passing game, completing five of seven passes for 141 yards. The Colonels had six of 13 attempts for 81 yards. The Tigers will face Covington Catholic in the next round of the postseason.

CAL 42, Washington County 0: Things went the “wright” way for the Centurions (11-1) who played host to the Commanders (3-9) Friday night. Milton Wright led CAL with four touchdowns, hauling in a 51 yard deep ball from Austin Carr in the first quarter to begin their offensive onslaught of Washington County. CAL will play DeSales next Friday.

Covington Catholic 48, Doss 21: The Colonels (9-3) jumped out on top of the Dragons (6-6) and did not look back with a 48-21 victory. Casey McGinnes and AJ Mayer both had two touchdowns with combined rushing yards of 114. Covington Catholic will now face Fern Creek in the next round of the 5-A playoffs.

Shelby County 24, Collins 18: The Rockets (11-1) powered pass the visiting Titans (7-5) in the class 4-A football playoffs. Shelby County was led by their high IQ senior quarterback Tyler Drane whose steady play and three scores helped to drain any chance of ML Collins attempts to swing the momentum. Shelby County will play host to John Hardin next Friday.

KCD 56, Frankfort 6: Ed Johnson rushed for four touchdowns to lead the Bearcats (10-2) to their first quarterfinal appearance in the Class 1-A playoffs since 2012. KCD raced out to a 21-0 lead at the end of one and never looked back. The team will attempt to make it to the semifinals for the first time ever when they travel to Beechwood next Friday. 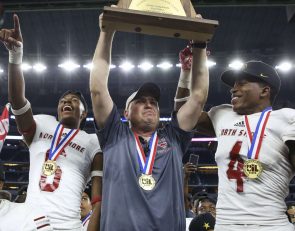 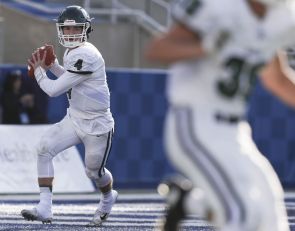 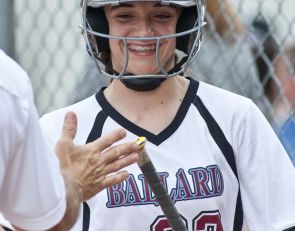