Two weeks ago, the Vikings held a three-goal lead in a game against Suffern with 27 minutes left, only to surrender the lead and lose by three in overtime.

In Saturday’s rematch at Clarkstown South High School, the team wanted to give goalkeeper Elianna Murphy a little more help.

Suffern had plenty of chances, especially in the second half, but the senior, as well as her defensive line, held strong for Clarkstown South.

Fiona Cummings’ goal was all Clarkstown South needed to secure a 1-0 overtime win.

“Last time we played them, it was such bummer to lose 9-6 in overtime,” Cummings said. “If it wasn’t for (Murphy), we would have lost this game, no doubt. She played very well.”

Suffern’s best chance came in the 48th minute, when Elizabeth Ellsworth was pulled down by Clarkstown South’s Faith Quinn in the box to earn the penalty kick, which was taken by Tatiana Cruz.

After Cruz’s successful attempt was waved off due to a Suffern player jumping into the box early, Murphy stopped Cruz on her second attempt, jumping to the left, making the save, and then grabbing the ball after it bounced off the post and bounced perilously along the goal line.

48th minute, Suffern earns a penalty. Murphy comes up with the save. #lohudgirlssoccer @hoopsmbd pic.twitter.com/GFAO3oyDLK

Despite having the edge in overall scoring chances thanks to a dangerous counter-attack, Suffern’s offense, which was coming off of a four-goal performance against Clarkstown North on Tuesday, struggled to get more chances in overtime.

“A penalty kick getting called back, you know it’s not your day. We bury that one, we probably settle down and score our second goal,” Suffern head coach Phil Madonia said. “Sometimes, it just comes down to a couple of plays. It would have taken just one play to execute to win the game.”

Player of the game: Elianna Murphy, Clarkstown South. The goalkeeper turned away several Suffern chances. The most dangerous one came in the 62nd minute, when Ellsworth managed to run past the Vikings’ defense on a counter-attack. Her point-blank shot in front of the goal, however, was securely grabbed by Murphy.

Turning point: With three minutes left in the first overtime, Clarkstown South managed to start a counter-attack of its own, getting the ball to Kelly McTigue on the right side. She ran it down the right wing and sent a cross into the box. The ball went right to Cummings in the middle, who blasted the ball over Suffern goalkeeper Cassidy Rykowski for the lone goal of the game.

Quotable: “All the girls have been important; Elianna came up big, our back line came up big numerous times. It was important for Elianna to come up with that save, it helped turn the tide for us,” said Clarkstown South assistant coach Tom Heim, who took over the coaching duties for head coach Chris Kelly, who was unable to make the game. “They worked, they had a plan. Chris develops a plan, and they executed it here. It was beautiful.” 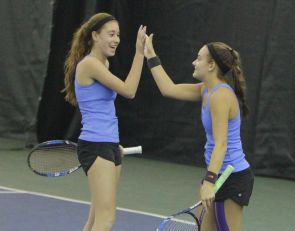 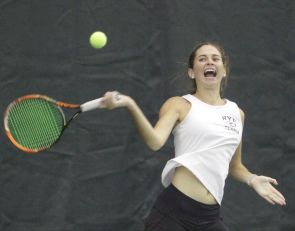 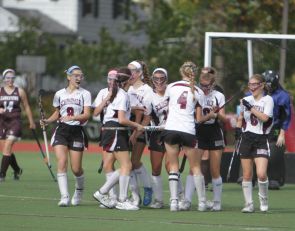 Mehlman's speed bursts Scarsdale past Clarkstown South in 'A' semis

https://usatodayhss.com/2016/murphy-denies-suffern-to-help-clarkstown-south-to-a-10-ot-win
Murphy denies Suffern to help Clarkstown South to a 1-0 OT win
I found this story on USA TODAY High School Sports and wanted to share it with you: %link% For more high school stories, stats and videos, visit http://usatodayhss.com.