“I really wanted to go too,” Bowman, a senior, recalled. “I figure since I couldn’t make it to his show I’d just put on a show for him.”

With J. Cole looking on, Bowman scored 45 points, grabbed 12 rebounds and handed out six assists, but fell short in an 82-76 loss to Terry Sanford (Fayetteville, N.C.) Tuesday night in the NCHSAA 3A playoffs.

“It was a tough loss,” Bowman said. “I just tried to do everything possible for my team to get the win, but we came up a little short. It’s a tough one.”

Still, Bowman admitted that putting on a show for one his “favorite rappers” offered some consolation.

“When I heard he was watching I did get a little more excited,” Bowman said. “I wanted the win, no doubt, but it was cool that he came out to watch the game. He made this one to remember.”

J. Cole could say the same. 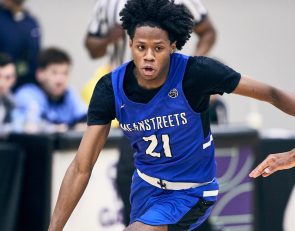 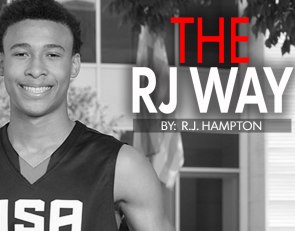 VIDEO: The R.J. Hampton Blog: This is why I chose to play overseas... 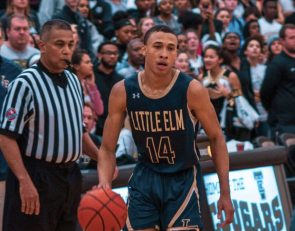 https://usatodayhss.com/2016/n-c-star-point-guard-kyran-bowman-puts-on-a-show-as-j-cole-looks-on
N.C. star point guard Kyran Bowman puts on a show as J. Cole looks on
I found this story on USA TODAY High School Sports and wanted to share it with you: %link% For more high school stories, stats and videos, visit http://usatodayhss.com.