Tim Laushey, a 1967 Conrad High School graduate and alumni band director, holds a sign reading “Save Our Mascot,” at a meeting over the use of the Redskins logo on Monday. A committee is suggesting to change the logo. (Photo: Kyle Grantham, the News Journal.)

The nickname for the Conrad Schools of Science (Wilmington, Del.) may not be the Redskins for much longer.

Following a contentious vote Monday night, a committee is recommending the Red Clay Consolidated School District stop using the Native American imagery. It came down to the three alumni members of the committee and one parent member against the other nine members, which included teachers, community members and chiefs of two Native American tribes.

A crowd of about 20 dressed in red, some with shirts emblazoned with the Conrad Redskins name and a picture of a Native American in a headdress, sighed with disappointment.

Although the vote was 9-4, one of the alumni members who voted against the change, Patti Reinbold, suggested that the committee should unanimously “send the message that we’re looking for … an acceptable way to keep that part of our heritage.”

Supporters of the nickname say the Redskins name honors Native American heritage and the tradition of the school. But the name also has been seen as culturally insensitive by critics.

The committee agreed to also pass along to the school board a resolution that it will put together for an educational plan, created with input from the Nanticoke and Lenape tribes, that will maintain the school’s ties with those tribes.

“I think we’re all speaking the same language,” said Susan Strawbridge, another alumni member of the committee.

The Native American logo has been used as the Conrad mascot since the 1930s and appears on various uniforms, events and clubs. The school’s logo is a “C” with a Native American headdress. A group called the “Retire the Mascot Committee” started gathering petition signatures to change the mascot last year.

The Red Clay school board will have final say on the recommendation of the committee. No timeline has been set for the vote or when the name would be retired if the change is approved. 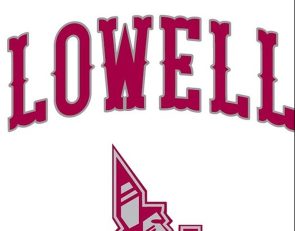 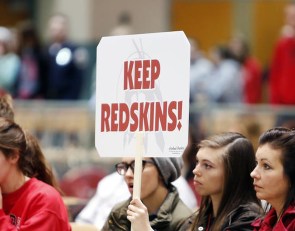