Those in the know understood that it was only a matter of time.

With a growing emphasis on pitch counts at every level at which baseball is played, it seemed inevitable that high school teams would eventually embrace the trend. In the last few years, a handful of state associations have either implemented or discussed pitch count restrictions.

Beginning in 2017, the rest of the country will have to follow suit.

The National Federation of State High School Associations (NFHS) recently announced a new policy that will require each state to come up with its own guidelines to limit the amount of pitches that can be thrown in a game and dictate specific rest periods between pitching appearances.

“Once I saw southern schools jump on this pitch count piece and their states came up with a mandate of guidelines, I said, ‘Once it happens in one state, it’s going to happen everywhere else,’ ” Section 1 baseball co-chairman and John Jay athletic director Chris McCarthy said. “And that’s what’s happening.”

According to NFHS director of sports and student services and staff liaison for baseball Elliot Hopkins, the new policy was approved at a meeting in June with a “… unanimous vote to make it effective for this upcoming school year.”

The NFHS oversees athletic activity from all 50 states, plus the District of Columbia, reaching 18,500 high schools and over 11 million students. The New York State Public High School Athletic Association (NYSPHSAA) falls under the umbrella of the NFHS, which means that local Section 1 teams — and all of the 11 sections around the state — will be subject to this mandate.

Previously, the NYSPHSAA relied on a very forgiving policy of a 12-inning maximum per day and no more than 18 innings over a six-day period. Pitch counts were not required to be tallied.

Dopp wrote that the committee is “… currently researching the data and recommendations” in order to come up with a proposal that will be approved before the 2017 season. Hopkins and members of the NFHS felt that it was important to allow individual states to come up with their own policies.

“Each association will determine what their magic number is,” Hopkins said. “There is a wide and diverse range of states. What works in Alaska might not work in Texas and California.”

Many of the leading sports medicine experts in the country have been advocating for such a sweeping change, and they praised the NFHS decision as an obvious first step that needed to be taken.

“Almost 55, 60 percent of the Tommy John (surgeries) that we do now are kids 18 and under,” said Dr. Steve Jordan of The Andrews Institute in Gulf Breeze, Florida. “This certainly is a step in the right direction. All doctors who treat baseball players applaud this move.”

North Salem’s Danny Capra delivers a pitch during a 9-4 win over Tuckahoe in a Class C sectional game at Palisades Credit Union Park in Pomona on May 28, 2016.

While doctors acknowledge that there are other factors that have led to a dramatic increase in Tommy John surgeries — a procedure that repairs the ulnar collateral ligament (UCL) in the elbow — such as the amount of force with which a pitcher throws and throwing with proper mechanics, they view overuse as the cause that can most easily be monitored.

Studies have shown that young pitchers who are not yet fully developed physically are at a higher risk of getting injured when pitching with fatigue.

“The factors that are modifiable — meaning we can control pitch counts — we should do it in a very thoughtful way and develop some guidelines,” said Dr. Christopher Ahmad, the head team physician for the Yankees and a local physician at Columbia Doctors. “In the world of young talent, understanding that overuse can lead to injury is not fully appreciated.”

One high school coach described pitch count restrictions as “overkill,” but the majority seem to be on board with the rule change. Many regularly track pitch counts anyway.

“I think for the most part, high school coaches are very careful when taking care of their pitchers’ arms,” Pearl River coach Mike Oliva said. “But a rule enforced by the NFHS will be good for those rare instances when coaches and pitchers want to push the envelope. Now there will be no discussion among coaches and pitchers on how many more pitches a player is going to go.”

Now that states have been informed of the NFHS ruling, they have roughly six months to develop their own plans. Hopkins said that a good reference is PitchSmart.org, which offers guidelines based on the recommendations of USA Baseball, Major League Baseball and Dr. James Andrews, who is considered the leading expert in the country when it comes to pitching injuries.

Dr. Andrews suggests a limit of 95 pitches per outing for pitchers age 15-16 and 105 for pitchers age 17-18, but some states are considering going as high as 120. He also recommends required rest periods based on how many pitches were thrown, with pitchers needing at least four days of rest if they exceed 76 pitches in a game.

“There’s something that’s easy and tangible about pitch counts,” Dr. Ahmad said. “But what’s also important is not just the number of pitches, but the amount of rest that you have.”

Other questions have come up, like whether states will increase pitch counts for the playoffs and who will be in charge of tracking the pitches. That will be up to each state to decide, and there will surely be some trial and error.

States will have the ability to adjust the rules — “I think as time goes on, we’re going to get more sophisticated as to how we manage individual pitch counts,” Dr. Ahmad said — but this is being lauded as a significant starting point.

“We had to go off of what we knew statistically,” Hopkins said. “When you have world-respected groups — and you can’t get a more respected group than USA Baseball — it was kind of easy to make that decision. It was right there in front of us.

“We can prevent young people from blowing out their arms. We don’t have to have a young person who has to get Tommy John surgery at 15 or 16 years old.” 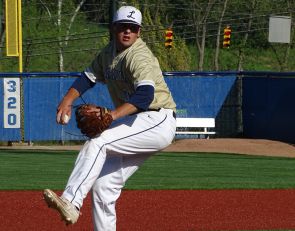 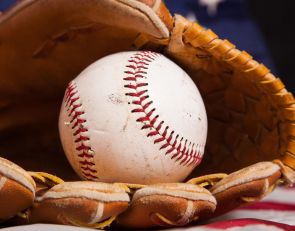 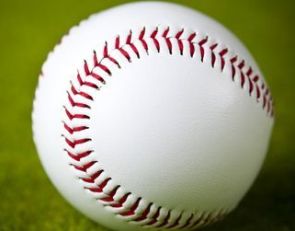