Nigel Knott is at it again.

Remember the video that went viral of the four-star Germantown cornerback doing a backflip off a house in the spring of 2015? Well, the 5-foot-11, 175-pounder put his freakish athleticism on display once again. Knott posted a video on his Twitter Thursday afternoon where he clears seven foam pads that reach the top of his chest in height when stacked on top of each other.

Messing around at school today… Jumping for fun #Hops pic.twitter.com/IKJiTUc9lJ

It’s one of many instances of athleticism for the cornerback who recorded 51 tackles and three interceptions in eight games while contributing significantly on the Mavericks’ kickoff and punt return teams this year. The Dandy Dozen selection recorded the second-best vertical jump of 46.5 inches at Nike Football’s The Opening last summer.

UA All-America Diary: Nigel Knott is back to 100 percent in time for game day

Knott remains uncommitted and will visit Mississippi State on his second official visit this weekend. He has already taken an official to Oregon and is considering Ole Miss and Alabama, among others. 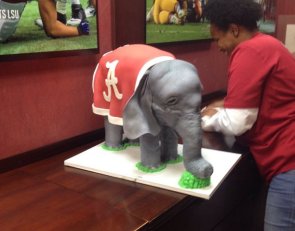 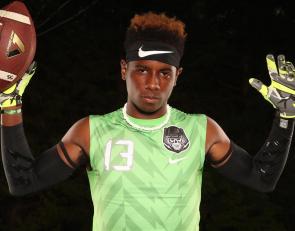 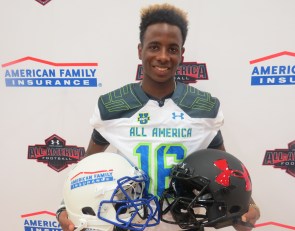 Under Armour All-America Diary: Nigel Knott is back to 100 percent in time for game day

https://usatodayhss.com/2016/nigel-knott-shows-off-freakish-athleticism-in-new-video-you-have-to-see-to-believe
Nigel Knott shows off freakish athleticism in new video you have to see to believe
I found this story on USA TODAY High School Sports and wanted to share it with you: %link% For more high school stories, stats and videos, visit http://usatodayhss.com.