Brentwood Academy’s Darius Garland (10) hits a 3-pointer against McCallie during the DII-AA semifinals at Lipscomb University on March 4, 2016. Jeremiah Oatsvall played just 18 minutes of Brentwood Academy’s Division II-AA state semifinal Friday, but he made the most of his time on the court.

The junior guard finished with a game-high 20 points and was perfect from beyond the 3-point line, sinking all four of his attempts to help Brentwood Academy cruise to a 70-51 victory over McCallie at Lipscomb University’s Allen Arena.

The win earns the Eagles a shot at their second consecutive state title. Brentwood Academy will face Ensworth in Saturday’s final at 7:30 p.m. at Lipscomb. The teams split during the regular season.

“My teammates got me the rock right where I needed to be,” Oatsvall said. “We’ve practiced at Lipscomb a couple times so it wasn’t the first time we played there. Being familiar with the gym and with the goals was definitely helpful.”

Brentwood Academy’s Darius Garland (10) drives to the basket against McCallie’s Maxwell Shulman (32) during the TSSAA Boys DII-AA semifinal at Lipscomb University on March 4, 2016.

McCallie (25-8) jumped ahead 8-5 before the Eagles settled in, but Brentwood Academy (28-3) reeled off an 11-2 run to end the quarter and take an 18-10 lead thanks to a pair of 3-pointers from Oatsvall and one from sophomore Mr. Basketball finalist Darius Garland.

Brentwood Academy pushed its lead to 14 with a 6-0 run to start the second, but McCallie battled back and sunk back-to-back 3-point tries to close the gap to 32-24 at halftime.

The Blue Tornado trimmed the lead to six in the third quarter on back-to-back 3-pointers from junior Maxwell Shulman, but the Eagles answered right back with a 6-0 run to close the quarter and push their lead to 48-36.

McCallie tried to claw back in the fourth, but the Eagles tuned up the offense to finish with a 22-point final quarter.

“Last time we played them we did probably the worst job of any game we’ve played in two years closing out the game,” Eagles coach Hubie Smith said. “I was really happy today. We did a good job.”

While it was Brentwood Academy’s offense that accounted for 70 points, it was the defense that helped polish the Blue Tornado off late with a disruptive 19 turnovers.

“They pride themselves defensively, they’re really good defensively and they’re different defensively than what you see every day,” McCallie coach John Shulman said. “They put great pressure on the ball and they’re out there in the passing lanes.” 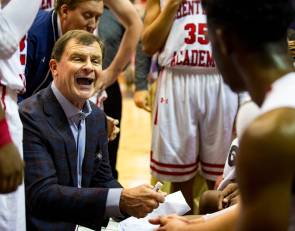 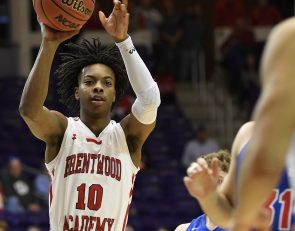 https://usatodayhss.com/2016/oatsvall-leads-brentwood-academy-boys-back-to-finals
Oatsvall leads Brentwood Academy boys back to final
I found this story on USA TODAY High School Sports and wanted to share it with you: %link% For more high school stories, stats and videos, visit http://usatodayhss.com.