Once a middle school QB prodigy, David Sills' JUCO transfer is a cautionary tale for the next generation of recruits

Once a middle school QB prodigy, David Sills' JUCO transfer is a cautionary tale for the next generation of recruits

David Sills played as a wide receiver as a West Virginia freshman before transferring to pursue a future as a quarterback (Photo: Joe Camporeale/USA TODAY Sports)

Dubbed a sure-fire college quarterback superstar while still in the seventh grade, Sills earned national attention when he committed to then-USC football coach Lane Kiffin on Feb. 10, 2010. He was just 12 years old, a protege of famed quarterback whisperer Steve Clarkson, who said his intangible quarterback makeup was unimpeachable. When added with genes that made it likely he would sprout into a college football-ready frame, Sills seemed like a good bet.

Five years and two handcrafted prep football programs later, Sills enrolled at West Virginia instead of USC. The reasons were simple: Kiffin was no longer the coach at USC, Sills was no longer a genuine four- or five-star recruit as other quarterback recruits in his class grew bigger and showed better skills, and West Virginia offered a better opportunity for him to compete for a job behind center. As it turns out, that didn’t go according to plan, either. Shifted to wide receiver as a freshman in 2015, he played sparingly (though he did grab multiple touchdown passes) and, now, has decided to transfer to El Camino College, a Southern California junior college,  to continue his pursuit of the quarterbacking dream.

“My heart is at quarterback. That is what I want to do, that is what I came here to play,” Sills told West Virginia Metro News after a spring practice. “In the meantime I’m playing a lot of receiver right now, because I want to help the team out in any possible, but I’m still going to work on my quarterback craft.”

The steps that trace the path from February 2010 to now are many, and nearly all led Sills wrong. It’s not his fault that the early recruiting attention and commitment put an enormous spotlight on him. It’s not his fault that his father was an overinvolved parent who not only flew his son to Clarkson for training sessions when he was in middle school, but later cobbled together rosters of elite recruits around him at football factory programs to ensure Sills was lining up behind center surrounded by talent. It’s not his fault that West Virginia was more comfortable with a more experienced quarterback during his freshman year and then had former Florida passer Will Grier fall in its lap, essentially relegating Sills to perpetual backup and reluctant receiver.

Still, it happened. It happened to a 6-foot-3, 200-pound athlete who should have had every chance and advantage to make all of the early praise and attention a successful prophecy rather than the cautionary tale that it is.

“This is a kid who was under so much pressure as a seventh grader,” Rivals national recruiting director Mike Farrell said. “He handled the process perfectly even when he was dropped by USC. … He went to West Virginia and dedicated himself to wide receiver for a year and becomes impactful. He didn’t embarrass himself and made some plays.

But about that cautionary tale:

Sills was the first major national college recruit to receive an FBS scholarship offer so early in his young career. He certainly hasn’t been the last. Since then, programs have increased their focus on younger and younger prospects, aided by a new pay-for-pay talent camp circuit that puts self-professed superstar youth athletes in a more easily trackable and digestible slipstream, all aided by media outlets.

The result has been a proliferation of athletes receiving scholarship offers from Division I football programs at younger and younger ages.

“Sills is a kid who took a lot of abuse in getting that offer, but it wasn’t his fault that Kiffin offered him as a seventh grader,” Farrell said. “USC just offered a 2020 quarterback the other day who has not played a down of high school football. Why not?

“With Sills, USC offered him, he was committed for four years and they dumped him when a new coach came. Until there’s some sort of penalty or responsibility, I don’t think (offers to player that young) is going to stop. There’s no downside.”

Youth1 lists 11 athletes in the Class of 2020 who have already received scholarship offers to FBS programs. There are members of the Class of 2021, Connecticut-based quarterback Daron Bryden chief among them, who probably aren’t far behind.

Naturally, if all early prospect stories concluded as disappointingly as the ongoing Sills epic, coaches wouldn’t be recruiting seventh graders. Indeed, the likes of Class of 2017 No. 2 overall national prospect Dylan Moses, a linebacker, are strong indications that the early scouting of programs like LSU can identify budding athletes who continue to mold into the finished article of a top prep athlete.

Where that becomes more complicated is with quarterbacks, who continue to develop both physically and mentally so much during their high school years. Recent Ohio State commit Tate Martell was famously handed a Washington scholarship offer as an eighth grader, which he accepted before eventually decommitting twice (from Washington and Texas A&M) and eventually jumping in with the Buckeyes.

“Going into his senior year, Sills was at his summit where Martell has continued to maintain despite all the hype,” said Scout.com national recruiting director Brandon Huffman. “He has shown the talent and generated the type of production that Sills never really did.”

And perhaps spurred by the perceived success of Martell and others, college coaches are still flinging around scholarships to eighth grade quarterbacks as if they were a bubble screen in a spread offense. Six of the 11 Class of 2020 prospects Youth 1 has connected with scholarship offers are quarterbacks, including Alabama recipient Drew Pyne, Florida State recipient Max Johnson, Florida and Miami target Harrison Bailey and Oregon State target DJ Uiagalelei. Those are perennial bowl-bound programs from Power 5 conferences, three of them from traditional College Football Playoff contenders. All of them are convinced they’ve found their next quarterback at the ripe age of 13. Then there is Aaron McLaughlin, who repeated seventh grader and reclassified to the Class of 2021 and already has an offer from Missouri.

Whether any of those prospects eventually commits or enrolls at the program that first extended them an offer remains to be seen. It’s equally likely that some could stop playing football, either via injury or apathy. At this point, future scholarship offers will likely follow, regardless of the success of this crop of teen passers, and whatever becomes of David Sills.

“It’s the nature of the recruiting process in general,” Huffman said. “You’re seeing it more and more, guys being offered before they even step on a high school campus. It’s strengthened the argument that offers don’t mean what they used to do.

“When Cody Kessler got an offer from Alabama in 2010, it was an offer to come to our camp to see if you are a guy that we actually take. When Tayson Hill committed to Stanford in 2008, they had three or four quarterbacks with quote unquote offers that Jim Harbaugh wanted to see come to campus. … When you’re giving offers to guys who are four years away from a college campus. it shows how little it means.”

For his part, Sills clearly hasn’t given up the quest, no matter how circuitous a route it has launched him on. Now he gets another chance to escape that prodigy moniker that many still hang on him.

“I feel like people sometimes still look at it like that, but that’s not what I want to be known as,” Sills told the West Virginia Daily Athenaeum in an earlier profile. “I work as hard as I can to be the best player I can and help the team as much as possible. Hopefully, it’ll pay off in the end.” 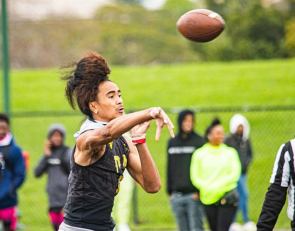 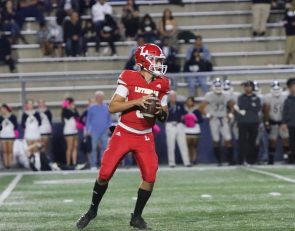 https://usatodayhss.com/2016/once-a-middle-school-qb-prodigy-david-sills-juco-transfer-is-a-cautionary-tale-for-the-next-generation-of-recruits
Once a middle school QB prodigy, David Sills' JUCO transfer is a cautionary tale for the next generation of recruits
I found this story on USA TODAY High School Sports and wanted to share it with you: %link% For more high school stories, stats and videos, visit http://usatodayhss.com.