That experience helped forge King, the Stewarts Creek girls basketball coach, into who she is today on the sidelines as a coach.

“I wasn’t able to participate because I had an injury, but I still attended,” King said. “She is one of the main reasons why I coach. I just remember watching how she ran her program.” “She paved the way for us,” she said. “And she did it without cheating. It was all hard work.

“Her (100 percent) graduation rate is amazing. There was never a scandal at Tennessee with the girls program.”

Summitt was an example of that hard work.

“We’re in the dog days of summer,” Tipps said. “It’s hot, hot, hot and (Summitt) comes to talk ball in late June. She’s got a big notebook in her hand and she’s there to pick his brain.”

“She left an imprint for all of us. She showed all of us the way.” “She was a phenomenal person for girls basketball,” Tribue said. “I thank God we had someone that was a pioneer for women’s basketball.

“She set the standard, now what can we as women’s coaches do to carry on her legacy?”

Her legacy began in rural Tennessee in Cheatham County, where she played six-on-six basketball at Ashland City High School. She played college basketball at UT-Martin, won a silver medal as a player in the Olympics before becoming a coach. At Tennessee she won eight national championships and a gold medal as the 1984 women’s national coach.

“What an impact she made for high school basketball across the state,” said Ronnie Carter, former TSSAA executive director.

The gym at Cheatham County Central High School, which opened after her graduation, is named Pat Head Summitt Gym. A balcony was built above one of the baskets where she could privately watch her nieces play.

Summitt was an advocate for Tennessee high schools to move to the current five-on-five format, Harden said.

“She didn’t want a kid coming from the high school ranks go to college and not be used to playing that way,” he said.

TSSAA Hall of Fame coach Campbell Brandon disagreed with the state’s decision after the 1978-79 season to change from 6-on-6. But he now believes the game is better for it.

“I still think (six-on-six) was a great game at one time,” said Brandon, who coached against Summitt at Ashland City when he was the head coach at Lebanon. He is now a girls assistant at Smyrna High for his son, Bud Brandon.

“But the game has improved so much now,” Campbell Brandon said. “Girls are quick and fast. (Summitt) made us all go to another level when we went to 5-on-5.”

More importantly, Summitt made her players better people off the court.

Wilson Central coach John Wild said the life lessons Summitt ingrained in her players is what has carried over to him.

“Watching their practices and getting to speak to her a little when she recruited my players, she developed them as a player and as a person,” Wild said. “It was a four-for-40-type deal.

“They were there for four years, but what she could develop inside you as a person would carry over for you for the next 40 years.” 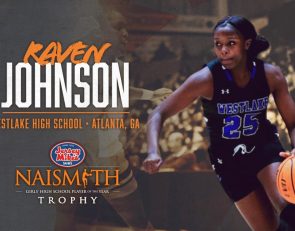