Pawlings’ Jaclyn Smith serves the ball during the game against Eden during the Girls Volleyball State Championships at the Glens Falls Civic Center Saturday, November 19th, 2016.

GLENS FALLS – By the way it dismantled Galway in the final pool play match of the Class C state semifinals Saturday, you would’ve thought advancing to the state final was easy for Pawling.

By the players’ reaction, you never would’ve guessed it was the program’s first-ever trip to the title match.

The Tigers swept the Section 2 champions, 25-14, 25-12, to avoid a three-way tie with Galway and East Rockaway for the final spot in Sunday’s Class C championship at the Glens Falls Civic Center. Pawling dropped three of its first four sets before sweeping the Golden Eagles.

“To be honest, at the beginning of the season when they were like, ‘Oh, we’re going to make it to states,’ I was like, ‘There’s no way in hell,’” Tigers senior setter Clara Lombardo said. “Being here now, I don’t know. I’ve played club since I was 8 years old, I’ve been to big tournaments, and this is still nothing like it — to realize we’re either the first- or second-best team in the state for our class.”

Pawling will now face the daunting task of trying to knock off Eden in the state final Sunday at 2 p.m. The Raiders, who went undefeated in pool play Saturday with a dominating plus-97 point differential, have won seven straight state titles (two in Class B, the last five in Class C).

Sunday will be the first state finals appearance for Pawling in program history. Section 1 state representative and Hen Hud head coach Diane Swertfager waited on the sideline to slap hands with Pawling players after the match before hugging Pulford.

The Tigers started their night off with an 25-11, 25-13 loss to Eden, but head coach Jessica Pulford said a combination of Pawling nerves and virtually error-free play by Eden attributed to the lopsided score.

“Eden played better against us than any other team,” said Pulford, a Pawling alumna and former player. “You watch them play all these other teams and they make mistakes — they didn’t make a single mistake against us. It was like they weren’t human.”

Pulford joked that she’s seen underdog films like ‘Little Giants’ and hopes that “they’ll make a movie out of it” if Pawling was to dethrone the Raiders. Lombardo had a different take on Eden.

“They’re just another team,” she said. “They definitely do have a reputation, but I mean, don’t we at this point?” 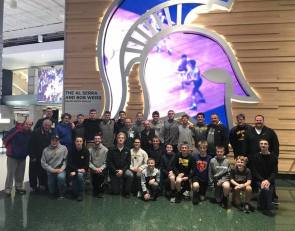 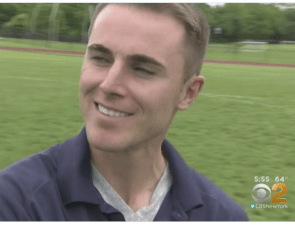 N.Y. boys lacrosse coach torn between state title game and his own wedding 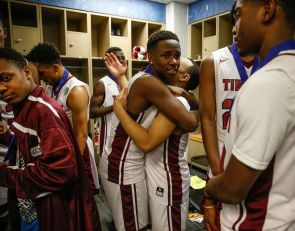 https://usatodayhss.com/2016/pawling-volleyball-advances-to-state-title-game
Pawling volleyball advances to state title game
I found this story on USA TODAY High School Sports and wanted to share it with you: %link% For more high school stories, stats and videos, visit http://usatodayhss.com.