The first one was a surprise for Zach Bowen. The second consecutive perfect game? That was a shock.

Yet, that’s precisely what unfolded for Bowen last week when the Serra Catholic (McKeesport, Pa.) starter thoroughly dominated Geibel batters in a 17-0 rout. That victory followed another 17-0 rout, against Clairton, the previous Wednesday. He struck out 12 against Clairton and eight against Geibel.

“After the first one, it was cool coming into school and seeing how everyone knew about it before I even told anyone,” he told USA TODAY High School Sports. “Even on the bus ride down to the field, everyone was joking, ‘Why don’t we try to get a second one?’ I blew it off, knowing it wasn’t likely it would happen. …

“I wasn’t expecting it. I was just expecting to throw a good game. I knew after the first game, I was still thinking about it. Around the third inning, I started considering it was a possibility.”

Bowen ties the national record for consecutive perfect games that has been set three times, according to the National Federation record book. He is expected to attempt to break the record Wednesday against Apollo Ridge, weather permitting.

To put Bowen’s feats in perspective, Serra Catholic has has just two perfect games in the 29 years since it reinstated a baseball program. Both have been thrown by Bowen.

The perfect games were compiled in five innings each thanks to Pennsylvania’s mercy rule, though that only makes the 12 strikeouts Bowen racked up against Clairton even more remarkable. More incredible still? The pitcher is still just a sophomore.

Bowen was on the varsity last year but was mainly used as as pinch-runner. This year, he has gotten his opportunities on the mound and has been in and out of the rotation for Serra (14-2).

Bowen said he had never pitched a no-hitter at any level.

“He’s handled it like a pro,” coach Brian Dzurenda said. “He’s a humble kid. I’m not sure that Zach likes all the attention. He has a twin brother, Ben, and Ben is the more outgoing of the two. Zach is appreciative of the attention, but I’m not sure he welcomes it.”

The perfect games came despite their being mentioned in the dugout – a baseball sin of epic proportion.

“A couple of times when I was coming to the bench, I would hear, ‘Shh, Shhh, be quiet, don’t say anything,’ “ Bowen said. “Nobody was talking to me. A few times, someone would say, ‘You still got it.’ I was trying not to pay attention and go out and throw.”

That will be his plan again in advance of Wednesday’s game.

“I’m trying not to change anything,” he said. “I just want to keep throwing like I’ve been.” 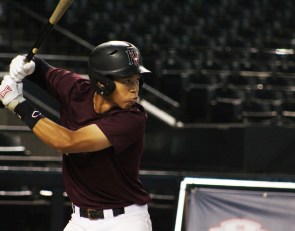