The Shamrocks advanced with a 2-0 victory over No. 8-ranked Gaylord St. Mary in a Division 4 state semifinal at Michigan State’s McLane Stadium on Friday afternoon.

The freshman shook those off to give the Portland St. Patrick baseball team a chance to capture its first-ever state championship.

Lehnert hurled six shutout innings while helping the Shamrocks to a 2-0 victory over No. 8-ranked Gaylord St. Mary in a Division 4 state semifinal Friday afternoon at Michigan State’s McLane Stadium.

Travis Moyer closed out the contest with a scoreless seventh to send the Shamrocks (34-7) into the state championship game at 2:30 p.m. Saturday against Sterling Heights Parkway Christian.

“It’s a cool feeling knowing that you’re one of two,” said Lehnert, who scattered five hits, walked two and struck out two to add to his strong freshman season. “Not many teams get to do this or get this opportunity. It’s pretty cool.”

St. Patrick shut down the high-scoring Snowbirds (31-6) to reach the state championship game for the first time since 1993. Gaylord St. Mary, which had scored at least six runs in each of its state tournament games, had three scoring threats against the Shamrocks before being turned away each time.

“We hit the ball, they made some phenomenal plays,” St. Mary coach Matt Nowicki said. “We hit it on the screws and they made a couple of diving catches there. That’s baseball. That was a great game.”

Dan Mackowiak plated a run on an infield single in the first inning and Brandon Scheurer had a two-out RBI single in the fifth to give St. Patrick all the offense it needed.

The Snowbirds, who stranded nine on base, didn’t get a runner past second after stranding the bases loaded.

“All he has done as a freshman (is) be 8-0 with an ERA of about 1,” St. Patrick coach Bryan Scheurer said. “He had some jitters early and a couple of bases loaded jams and then just continued to get stronger as the game went on. I’m very proud of that young man.”

Now St. Patrick will try to break through and capture its first state championship. The Shamrocks have three state runner-up finishes – 1971, 1973 and 1993. Scheurer said his team is trying to do something that hasn’t been done.

And his players want to be a part of history.

The Shamrocks advanced with a 2-0 victory over No. 8-ranked Gaylord St. Mary in a Division 4 state semifinal at Michigan State’s McLane Stadium on Friday afternoon.

“I couldn’t even imagine this at the start of the year,” St. Patrick junior catcher Brendan Schrauben said. “Now that we’re finally here, this is awesome. 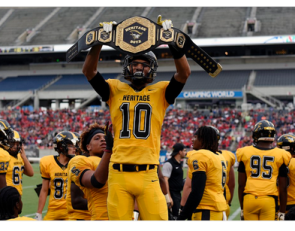 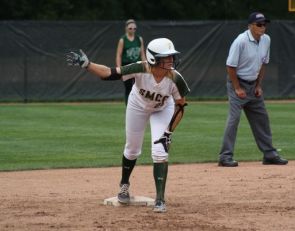 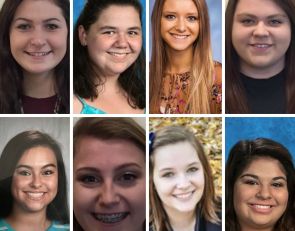 https://usatodayhss.com/2016/portland-st-patrick-advances-to-state-final
Portland St. Patrick advances to state final
I found this story on USA TODAY High School Sports and wanted to share it with you: %link% For more high school stories, stats and videos, visit http://usatodayhss.com.