Barnegat (N.J.) High School senior left-hander Jason Groome was ruled ineligible until either May 1 or half of the Bengals’ games for a violation of the NJSIAA’s transfer rules, the NJSIAA announced on Thursday.

Groome. who could be the No. 1 overall pick in Major League Baseball’s First-Year Player Draft on June 1, transferred back to Barnegat from IMG Academy in Bradenton, Fla., at the beginning of the, school year in September without a bona fide change of address, according to the ruling.

“While NJSIAA will not comment on specific circumstances related to a particular student athlete, the association’s rules clearly state that a student-athlete transferring from one secondary school to another must provide evidence of a bona fide change of residence as defined by NJSIAA rules,” the NJSIAA said in a statement through its public relations firm. “Otherwise, that student will be deemed ineligible to participate in interscholastic athletic competition for 30 calendar days or half of the maximum number of games allowed in that sport by NJSIAA rules. Further, if it is determined that an ineligible player participated in regular season games, those games must be forfeited. Neither ruling is open to appeal.”

MORE: Groome just trying to have fun with attention

Barnegat will have to forfeit its wins against Point Pleasant Boro and Central — games Groome pitched in. He pitched a no-hitter Monday against Central Regional in which he struck out 19, walked none and threw 91 pitches while facing the minimum number of batters. He also pitched four-plus innings on April 5 against Point Pleasant Boro. He struck out 10, walked one hit one and hit a batter.

In a statement to The Press of Atlantic City, Barnegat said it did not feel the rule applied in Groome’s case, but also apologized to the team, players, coach and the school and community.

“The Barnegat Township School District does not feel the rule should apply in an instance when a student athlete returns to his home town, where his parents have residence and are taxpayers. Upon leaving the IMG Academy in Florida, Jason Groome could have chosen to play for any varsity High School baseball program in the United States. He chose Barnegat because his family and friends are here. We stand behind Jay, our team, coaches and administration.

“The district is, however prepared to accept the sanctions imposed by the NJSIAA as well as voluntarily forfeit the first two wins of our baseball season. Sanctions include that Groome must be deemed ineligible to participate for thirty days or half of the maximum games.

“The school district recognizes our misinterpretation of the NJSIAA residency rule and apologies go out to the team, the players, the coaches, and the families of Barnegat High School baseball as well as our community.”

Barnegat head coach Dan McCoy said the school knew about the rule and had looked it over before the season.

“I think it was a misinterpretation of the rule on our part, which I take full responsibility for,” McCoy said late Thursday afternoon “We’ll do what the NJSIAA says we’ve got to do.

“Jay is not at fault here. You have to remember at the end of the day, he is still a 17-year-old kid.  If somebody has to take the bullet for this, that somebody will be me.”

Last year, Groome spent his junior year at IMG Academy, where he added 18 pounds to his 6-5 frame and three mph to his fastball, which now tops out in the upper 90s. IMG is viewed as a private school by the NJSIAA. He committed to attend national-power Vanderbilt some 17 months ago, but no one expects him to play for the Commodores. He talked to the Asbury Park Press before the start of the season about his decision to return home.

“It was mainly just to come back and be able to compete for a state championship and be around my family before I take off to school or the draft,” Groome said this spring. “I want to be with my teammates and win a championship.”

NJ Advance Media was first to report the ruling. 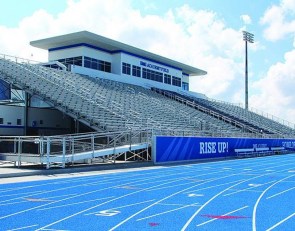 IMG gets transfer of Ole Miss commit Jaqwondis Burns, who was ineligible at Texas school 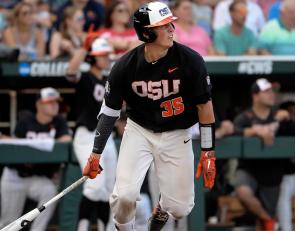