Ko, a senior who finished 18th at state last year, outdueled Poudre junior Bryce Pietenpol to win the 5K race in a time of 16 minutes, 17 seconds. He led the race from the half-mile mark, with Pietenpol on his shoulder before Pietenpol faded coming down the final hill with about 400 meters to go. The Poudre runner finished in 16:29.

“I thought if it came down to a sprint off that hill, he was going to beat me because my legs were dead,” Ko said.

Poudre got the last laugh, however, placing five runners in the top 21 to win the regional championship. Broomfield placed second, Fossil Ridge third and Fort Collins fourth — all are going to next weekend’s state championships in Colorado Springs.

“Our game plan all along has been to stick with Fort Collins, which is a great team,” said Pietenpol, praising his teammates Jeremy Harms (eighth place), John Houdeshell (ninth), Bryan Martino (15th) and Quentin Olive-Larson (21st). “Our guys got it done today.”

Fort Collins, which has finished second at state the past two years, will be a favorite for the title next weekend at the Norris-Penrose Event Center, led by an experienced squad of Cam Dimas (17th on Friday), Jack Shore (11th) and Josh Krafsur (18th).

The Lambkins will send both their boys and girls teams to state, as the Lambkins placed third to qualify on the strength of runs by Eleanor Glenn (16th), Eli Hinerfeld (21st) and Carlie Grabenstein (29th).

Fossil Ridge was the top girls team Friday, finishing second behind Broomfield. Sydney Teslow, the school’s record holder in the 3,200 meter run, led the SaberCats with a 12th-place finish in 19:43.

Rocky Mountain’s girls will also run at state, sneaking in with the fourth place finish. Julia Schlepp impressed with a third-place finish in 19:11. She was 38th at state last year as a freshman.

Rocky Mountain boys runner, Chris Cathcart will run at state as an individual after his sixth-place finish in 16:39.  Poudre’s Luna Slater also qualified as an individual, placing seventh in 19:18.

Gregory, the decorated Fort Collins runner, easily distanced herself from the pack to win the girls race in 18:31. All that stands in her way of a fourth state title is a duel with Grandview’s Brie Oakley, which is no easy feat. Oakley, who is running for the University of California next year, beat Gregory and set a new course record at the Liberty Bell Invitational in their only meeting this season.

Bring it on, Gregory says.

“I’m just preparing myself for the best race I can give. That’s pretty much my goal, to have no regrets and finish all out, whatever place that is,” said Gregory, who announced this week she is running at Arkansas next year. “(Brie) seems really cool and it’ll be nice to have someone there with me. We’ll definitely be pushing each other.”

Xplore reporter Stephen Meyers covers the outdoors and recreation for the Coloradoan. Follow him on Twitter @stemeyer or @XploreNoCo.

Fort Collins is great for runners. Here’s how to get started 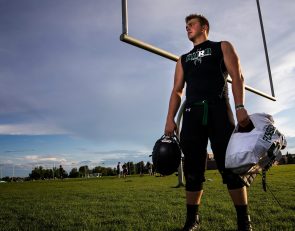 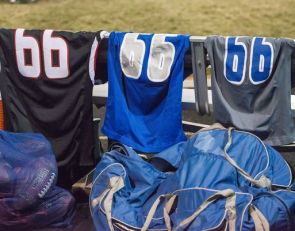 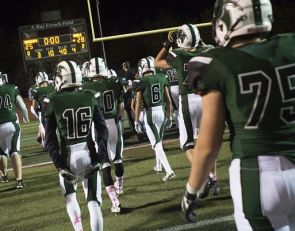 Colo. football playoffs in disarray due to new computer-generated rankings

https://usatodayhss.com/2016/poudre-wins-championsip-while-gregory-and-ko-win-xc-regional-titles
Poudre wins championsip, while Gregory and Ko win XC regional titles
I found this story on USA TODAY High School Sports and wanted to share it with you: %link% For more high school stories, stats and videos, visit http://usatodayhss.com.