The veteran guard recorded eight steals in the Pioneers’ 44-28 victory over Salem to become the school’s all-time leader in steals, now holding a career-high of 220 steals.

“She’s very quick and athletic,” Providence coach Brad Burden said of Brooks’ abilities. “She can anticipate passes well and she knows how to lure people in, which makes them think they’re open, and she gets a lot of steals that way.”

The Pioneers were knotted at halftime with the Lions with a score of 19-19, but the shots Providence missed in the first half began to fall in the second. In the third and fourth quarters, Providence outscored Salem 25-9.

“We knew our shots weren’t falling and with the offensive firepower we had, those shots would fall in the second half,” Burden said. “We won the second half by 16 points, so we felt good about that.”

Burden praised Hannah Wolford, who finished with 11 points, eight rebounds, five assists and five deflections. Star guard Claire Rauck led the Pioneers in scoring with 12 points, including a key 3-pointer moments before halftime to tie the score and give Providence some momentum heading into the break. In addition to the eight steals, Brooks had 10 points.

Salem’s Alaina Davidson led the Lions in scoring with 10 points to go with three rebounds and an assist.

Brownstown tops Seymour to improve to 2-0

The senior guard, who broke records as a running back for the Brownstown football team this past fall, scored 16 points and had seven rebounds and six assists to lead the Braves to a 74-51 rout of Seymour Friday. Carson Lambring (15 points), Michael Boshears (13 points) and Ty Maxie (10 points) all finished in double figures.

Brownstown took a 48-20 lead at halftime and never looked back, winning by a 23-point margin. Tyler Bloom scored 18 points for the Owls in the defeat. 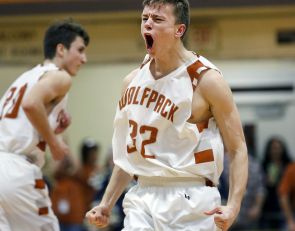 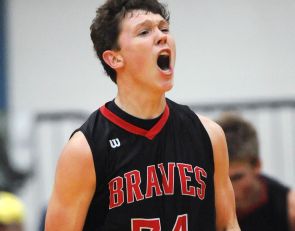 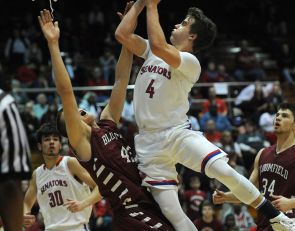