Desmond Ridder, in his first game of the season, showed why he is one of the top quarterbacks in the state of Kentucky.

After missing the first two game of the season due to suspension, Ridder showed no signs of rust in the pocket. He was 7-for-8 for 83 yards and three touchdowns, including a 28 yard connection with wide receiver Cameron Garrett. At the same time Ridder displayed his speed on the field, leading the Tigers (2-1) with 109 rushing yards on five attempts and two touchdowns.

Ridder opened the scoring with a 73-yard touchdown run and that set the tone for the game, as the Tigers went up 30-0 over Central (0-4) by the end of the first quarter.

Southern 18, Seneca 13: The Trojans (1-3) sacked the Redhawks’ (0-4) Fitzgerald Caldwell seven times for a total loss of 70 yards on their way to an 18-13 victory. The Trojans led 12-0 at the half, and the Redhawks responded in the third quarter with a 72-yard touchdown reception by Josiah Taylor. Trojan Cameron Skinner ran the ball 26 times for a total of 106 yards.

Fern Creek 27, Butler 7: The host Tigers (3-1) pushed past the Bears (2-2) behind a three touchdown performance by quarterback Shamar Bryant. Running back Devon Blincoe topped 100 yards on the ground.

Shelby Co. 48, North Bullitt 23: The Rockets (3-1) put up more than 400 yards of offense as they took off to great heights with a 48-23 victory over the Eagles. Shelby Co. gained 310 yards on the ground and 403 overall, with running back Caleb Morehead leading the team with 101 yards on 13 attempts and a pair of touchdowns.

Eastern 33, Dunbar 20: Team defense led the Eagles (2-2) past the host Bulldogs (0-4). Eastern scored on a fumble return, two interception returns, and two safeties. Kris Cambron and CJ Kenworthy both had interceptions returned for a touchdown, and DeAnte Washington took a fumble 48 yards to the house to open the scoring. 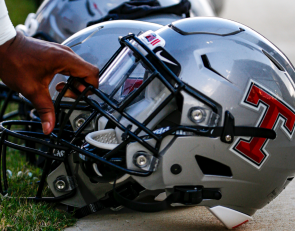 https://usatodayhss.com/2016/roundup-ridder-stars-as-st-xavier-rolls
Roundup: Ridder stars as St. Xavier rolls
I found this story on USA TODAY High School Sports and wanted to share it with you: %link% For more high school stories, stats and videos, visit http://usatodayhss.com.