For the second consecutive game to begin coach Brent Jameson’s stint at Scottsburg, the Warriors pulled out a close win on the road.

Scottsburg won in a back-and-forth affair at Eastern, defeating the Musketeers 61-59. Jimmy Neace scored 20 points for the Warriors, while Mitchell Meagher chipped in with 13 points. Trevor Lewellen led the Musketeers with 15 points.

Coming off a 62-61 victory at Austin on Nov. 23, Scottsburg got off to a slow start, trailing 19-14 after the first quarter. But a 20-point second quarter helped the Warriors take a three-point halftime lead. Eastern battled back with a 20-point third quarter of its own to take control of the game, but Scottsburg got the last laugh, outscoring Eastern 16-8 in the final quarter.

In Salem, Brownstown came away with a close victory after squandering a big first-half lead before getting it back late.

The Braves defeated Salem 76-73 on the road despite an impressive comeback by the Lions in the third quarter. Trailing 47-37 at halftime and by 15 points at one moment in the first half, the Lions scored 25 points in the third quarter, capped off by Jaelin Nice’s 3-pointer at the buzzer, to take a 63-60 lead.

Salem led by as much as five points in the fourth quarter, but Ty Maxie hit a pair of 3-point baskets to tie the score at 68-68. The two teams traded baskets and free throws before Brownstown hit a layup off a steal and took a 74-73 lead. After a turnover from Salem, the Braves sealed the win at the free throw line. 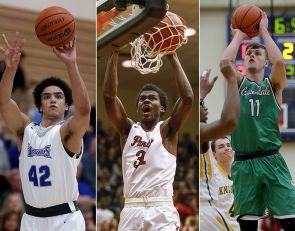 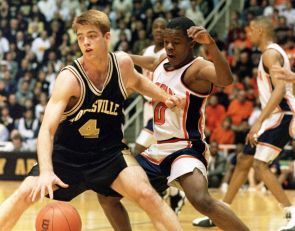 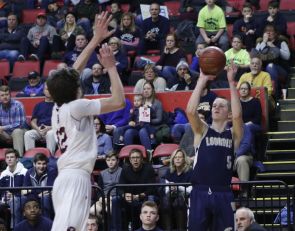