Ryetown/Harrison defeated Pearl River 7-2 in a Section 1, Division 2 first round playoff game at the Playland Ice Casino in Rye on Sunday, February 21st, 2016.

Ryetown/Harrison’s Max Picker celebrates with his teammates after scoring late in the 2nd period to put his team up 4-2 against Pearl River during a Section 1, Division 2 first round playoff game at the Playland Ice Casino in Rye on Sunday, February 21st, 2016. Ryetown/Harrison won 7-2.

RYE – Having beaten Pearl River 11-3 over two months ago, Rye Town/Harrison was a little complacent to come out of the gate against the Pirates on Sunday’s  Division 2 first round playoff game at the Playland Ice Casino.

Pearl River hung tough early, but in the end, Ryetown/Harrison’s speed and deadly transition game proved to be too fast for the Pirates and the Titans skated away with a 7-2 win.

“I think we were a little too high on ourselves,” Rye Town/Harrison coach Jason Head said. “Everything is different in the playoffs; they are a better team then when we beat them earlier.”

The Pirates actually took a 1-0 lead at the 8:48 mark of the first period on a rebound goal during a power play from Thomas Murphy. With 3:33 left in the period, Rye Town/Harrison was able to tie the game on a goal from Jackson Shultz.

“Everyone on the team knows that we started really slow,” Ryetown/Harrison’s Sam Adler said. “The first period was just not acceptable.”

One period, 12 shots and three goals later, the Titans found themselves up 4-2 at the end of the second period.

Instead of retreating to a shell, Rye Town/Harrison kept pouring it on. A sharp-angle goal from Doug Harrison, a backhander from Adler and shorthanded breakaway goal from Harrison set up by a home run pass from Clay Korpi rounded out the day’s scoring.

“We think that once you get a lead, you got to keep going,” Rye Town/Harrison’s Max Picker said. “If you don’t get going, that’s how you let teams back in the game. As long as we were on the attack instead of them, we’d keep the momentum and just bury them into the ground.”

Dolan Ocasal had Pearl River’s other goal, scored at the 3:57 mark of the second period.

“In the third period, we had to start taking some chances to get something going, and they capitalized on it,” Pearl River head coach Billy Collins said. “I’m very proud. It’s a very young team, we only have three seniors, so I’m looking forward to an even better season next year.”

Player of the game: Max Picker, Rye Town/Harrison. The senior forward gave the Titans their first lead of the game at the 12:02 mark, driving down from the neutral zone and sniping a shot to the lower left corner. In total, he finished with two goals and two assists.

Turning point: With 1:18 left in the second period and Rye Town/Harrison up 3-2, the Titans’ Matt Milone threw a hard hit on Pearl River’s Michael Galgano, causing a long delay. Galgano was able to get up, but after play resumed, Picker got a centering pass from Shultz and buried a shot while falling to give the Titans a two-goal lead with just 27.6 seconds left before the second intermission.

Stat line: For Rye Town/Harrison, Adler finished with two goals, Doug Harrison also had two goals, Schultz had a goal and an assist, while Ike Murov had two assists. … For Pearl River, Murphy and Ocasal both had one-goal, one-assist games. … Rye Town/Harrison goalie Joey Livornese made 15 saves for the win, while Pearl River’s Darragh Keetley made 23 saves in the loss.

Quotable: “We’re taking it one game at a time for sure, we’re definitely not over-looking anyone,” Picker said of the team’s next game, which will be against either John Jay or Pawling on Tuesday. “They are both good teams, so we are going to study up, get in the classroom and get on the ice.” 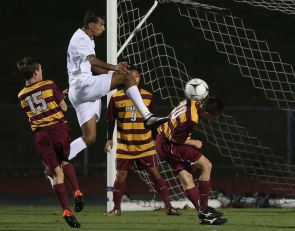 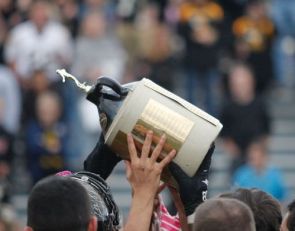 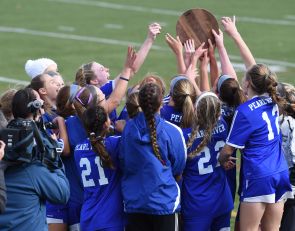 Guilfoyle keeps Pearl River in play for a state title

https://usatodayhss.com/2016/rye-townharrison-overcomes-slow-start-in-playoff-win-over-pearl-river
Rye Town/Harrison overcomes slow start in playoff win over Pearl River
I found this story on USA TODAY High School Sports and wanted to share it with you: %link% For more high school stories, stats and videos, visit http://usatodayhss.com.