Vital stats: There were a number of times that completing a 3.1-mile course seemed daunting to Murray. Even for an athlete who trains year-round, runs hundreds of miles each year outside of scholastic competition, and maintains at worst a 7-minute mile. But the inclines, the terrain, the soreness, the humidity and the competition often presented a challenge.

“But you learn to push through,” Murray said. “You keep running as hard as possible.”

To capture the Section 1 Class A championship in November, he pulled himself from fourth place in the final mile on the grueling course at Bowdoin Park in Wappingers Falls, zipping ahead of the pack and finishing in 16 minutes, 28 seconds. Murray, a two-time Journal All-Star, took 22nd at the state meet, running the course at Chenango Valley State Park in 16:10, shaving almost 50 seconds off his time from the 2015 state tournament.

“I’ve been running a lot for four years,” Murray said. “It feels like all that work, all the miles put in during the summer, has paid off.”

Matthew Dillon
School: Arlington
Grade: 12
Vital stats: Dillon missed the first month of the season with a stress fracture, returning on Oct. 8 and gradually improved his stamina and pace throughout the season. He placed eighth at the Section 1 Conference I League A championships, sixth in the Northern Counties Championships, and led the Admirals to victory with a sixth-place finish in the Section 1 championship. Dillon finished 65th (16:46) in the state tournament and 60th in the state Federation meet (17:58).

Nicholas Farrell
School: Haldane
Grade: 11
Vital stats: The Blue Devils’ “No. 1 runner all year,” according to coach Tom LoCascio, Farrell won the Section 1 Class D race in 18:02 and Haldane, with the top four finishers in that race, won the team title. Farrell placed 45th in the state meet, finishing in 17:46. He also qualified for states the previous season but, this year, shaved almost two minutes off his time.

Jack Hobson
School: Red Hook
Grade: 11
Vital stats: A week before the Mid-Hudson Athletic League meet, Hobson showed up to practice on crutches with his leg immobilized. He told his coach he had injured himself on his bicycle. “But he couldn’t hold the straight face; he burst out laughing,” Raiders coach Greg Rafferty said, describing the prank Hobson pulled.

Hobson was well — well enough to win the race in 16:58 and lead his team to a second-place finish. After missing last cross country season with a concussion, he took third in the Section 9 championship (16:22) and finished 25th in the state meet (16:35).

Joe Morrison
School: Arlington
Grade: 12
Vital stats: Described by Arlington coach Steve Arnett as “a talent with a capital ‘T,’” Morrison won the Saugerties Invitational (16:00), took second in the Fort Plain Invitational (15:55), fifth at the Northern Counties Championship (17:20) and 11th in the Section 1 championship (17:17) and placed 81st at states.

Colin Waters
School: Arlington
Grade: 10
Vital stats: With what Arnett called a “laser-like focus,” Waters zoomed to a second-place finish in the Northern Counties Championships (17:08) and third in the league championship (18:00). Waters took 56th at states, running in 16:40. He finished 75th at the Federation meet (17:27).

COACH OF THE YEAR
Steve Arnett
School: Arlington
Vital stats: The Admirals won the Section 1 title, their 11th in 14 years, in what some suspected would be a rebuilding season. Arlington won seven of its eight regular-season meets and had seven runners qualify for the state championships.

“We were picked to finish third in the section,” Arnett said. “But the way these guys developed along the way, all the pieces fell into place and they rose as the season progressed.” 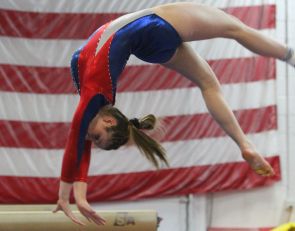 State championships: Dozens of athletes have sights set on titles 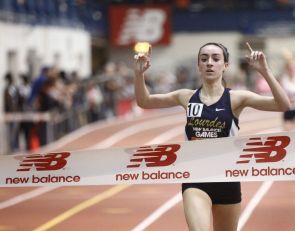 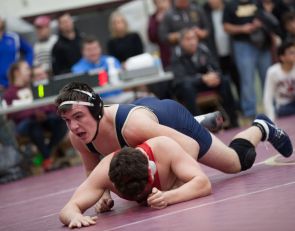