It’s going to be hard to top the kind of success Shenandoah District girl basketball had in the 2015-16 season.

Wilson Memorial’s Cheridan Hatfield, left, and Stuarts Draft’s Danielle Brenneman are two of the top returning players in the Shenandoah District this season.

— Wilson Memorial earned the Conference 36 and Region 2A East titles, and advanced to the state semifinals for the second straight season;

— Buffalo Gap enjoyed a magic carpet ride to the conference and region finals, earning a berth in the Group 2A quarterfinals;

— Riverheads advanced to the championship game of the Conference 44 tournament, qualifying for the 1A East tournament.

— and Stuarts Draft put together a solid season that ended in the conference tournament.

However, more postseason excellence could be in the cards for those four teams. The Bison, Cougars and the Gladiators have veteran players back who could could help their teams make some noise in February and March, while the Green Hornets could also be in the mix, despite losing a core group of players to graduation.

Head coach Phillip Morgan said at the end of last year that he and his players were already excited and looking forward to the 2016-17 season.

A glance at the Bison’s roster goes a long way to sustaining those positive feelings,

Despite losing two players — All-City/County first-teamer Destiny Harper and second-teamer Shelby Stenzel —  Gap, which won 10 of its final 13 games last season, has gone from being a young team last year to a team with veteran talent and postseason experience.

“The girls are working hard and we are having very good practices,” said Morgan, the City/County Coach of the Year last year. “The main goal is to improve each day so that by the end of the year we are playing our best. Like every team, we would like to get out of the conference and make it to the region tournament.”

Nine players are back for Morgan. Three of them were starters as juniors last year — forward Marybeth Strickler and guards Hannah Varner (both All-City/County honorable mentions last year) and Leah Calhoun, who was second-team All-Shenandoah, All-Region 2A East and All-City/County, and was second in scoring and rebounding for the Bison last season.

Senior Elizabeth Hanger, who missed all of last season with an injury, is healthy again. She will handle duties in the post with classmate Shelby Digman.

Junior Camille Ashby, coming off an all-state season in volleyball, will be on the front line for Gap with Alexis Clark, Leah Pultz and sophomore Sydney Digman. Returning at guard with Varner and Calhoun is junior Kieland Chandler.

Junior Sarah Sondrol, left, is the lone starter back from a Wilson Memorial team that went to the Group 2A semifinals last year.

Hornets coach Jackie Bryan says she has some “holes to fill” this season, and she’s not kidding. Gone from last year’s 24-3 squad are four players who had played together since the eighth grade — All-Group 2A first-teamer Lexi Deffenbaugh, second-teamer Jordan Sondrol, Jordan Poole and Morgan Rowe.

“We averaged 67 ppg as a team last year and graduated 47 ppg,” Bryan said. “However, we definitely have the pieces to fill those holes.  We will need to find our own identity and work to bring it all together.”

Bryan is looking for a balanced, up-tempo attack on offense and pressure on defense. To that end, a trio of juniors — Sarah Sondrol, Cheridan Hatfield and Sam Kershner — and three seniors — Emma Harrison, Lauren Clayton and Savannah Angel — are experienced and have a good chance to keep Wilson on the path to success.

Sondrol, the lone starter and top scorer back from last season, will be Wilson’s presence in the paint. Averaging 9.0 points and 4.2 rebounds per game last year, the 5-foot-8 Sondrol plays tough under the boards and is a good finisher under pressure from the defense, Bryan said.

The 5-5 Hatfield (6.8 ppg, 4.1 rpg) is one of those players who can fit in anywhere on the court — shooting well both inside and outside, while providing strong defense and rebounding ability in the paint. Kershner, a 5-5 shooting guard, also plays tough defense and isn’t afraid to take the ball in the lane.

Harrison, a speedy fourth-year player who averaged , sets the pace at both ends of the floor for the Hornets. Angel, a good rebounder, and Clayton also provide speed and aggressiveness on defense.

Bryan has a crop of newcomers who will be looking for quality minutes.

Looking for time up front will be 6-foot sophomore Bailey Cullen, whom Bryan calls an “excellent defender” and a player with good shooting skills, while Nalesia McCauley, also a sophomore, has the speed and jumping ability to become a presence in the paint.

A pair of sophomore guards — Scottie Hull and Keri Kershner — will battle for time. Hull has solid skills at the point, while Kershner can provide offense from the outside, and guard Paris Hutchinson and 6-foot forward Ally Thompson will look for experience in their first season on the varsity.

Senior Abby Rodgers, right, is one of several experienced players returning to the Stuarts Draft lineup this season.

The Cougars, 13-8 last year with a young team, lost just one player to graduation. But that player, All-City/County first-teamer Paetyn Beverly, leaves a void in the middle that will be tough to fill.

However, what Draft lacks in size is countered by a good group of seniors and good experience overall, said head coach James Carter.

“We have good senior leadership and a lot of experience at the varsity level with our juniors and seniors,” Carter said. “We don’t have a lot of size, so we must look to be in transition a lot on offense and applying a lot of pressure defensively.”

Brenneman, a second-team All-City/County and All-Shenandoah District player last year, battled through injuries to put up 12.3 ppg, shooting 48 percent from the floor, while averaging over seven rebounds per game. Black, an All-City/County honorable mention, scored just under 10 ppg. Sauder played well from the point, averaging three assists for every turnover last year and Rodgers will provide versatility at shooting guard.

Carter has some newcomers to the varsity who could make an impact by the end of the season.

Sophomore Alley Bridge, Carter said, is a big, physical player who will add depth underneath, while junior Kasey Truslow, who did not play last year, has some good potential. Freshman Maggie Sorrells is a gritty player with a lot of potential,” according to Carter.

What that all means is that the pieces are in place for the Cougars. How they fit is up to them.

“Our district is very competitive from top to bottom,” Carter said. “The team must come ready to play night in and night out, and that responsibility rests on me as the coach.”

Riverheads’ Christa Arehart, right, tries to get past Stuarts Draft’s Rachel Sauder during a game last year. Both are back for their respective teams.

Speaking of experience, the Gladiators, who last year lost close games in the conference final and region tournament last year, have it. Head coach Tim Morris has five returning players — three of them starters.

Forward Emma Casto and guard Blake Bartley, both seniors and three-year starters, were All-Conference 44 first-teamers last year. Bartley, an All-City/County second-teamer, has an aggressive style that sets the tone for the team, while Casto was the leading rebounder last year, and also was tops in steals.

Back at the point for the Red Pride is senior Christa Arehart, who was an All-Conference 44 honorable mention last year. Senior Macey Snyder is Riverheads’ threat from the perimeter, while sophomore Sara Moore hopes to build on her solid freshman season.

Morris also has a good group of newcomers  who will battle for playing time.

Junior Carmon Bradley is a tough defender who has the versatility to back up three positions for the Gladiators. Sophomore Faith Christian has also shown the same type of versatility and tenacity on defense, while Emma Grubb, also a sophomore, has quickness and is a threat from the outside.

Opponents will also see some new talent in the paint for the Gladiators. Sophomore Olivia Modlin could provide a spark at both ends of the floor, Jessica Milo, another sophomore, is a physical presence inside, while senior transfer Alex Garcia has shown a scoring touch so far in the preseason.

All of this has given Morris reason to optimistic about his team’s chances this season.

“We are an experienced team with great balance at this point,” he said. “We hope to maximize our practice days and be practicing in March.” 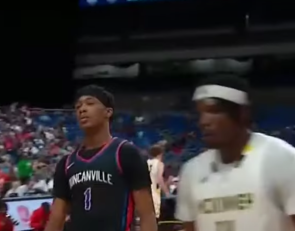 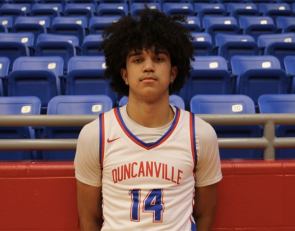 https://usatodayhss.com/2016/shenandoah-girls-teams-aiming-for-postseason-success
Shenandoah girls teams aiming for postseason success
I found this story on USA TODAY High School Sports and wanted to share it with you: %link% For more high school stories, stats and videos, visit http://usatodayhss.com.