Suffern’s field hockey coach had called her team’s Military Appreciation Game its first annual before it was even held.

After the public’s response to it, Thursday’s game may not only be the first annual in Suffern but the first of many locally.

Gaby Somma had hoped between her players’ and parents’ efforts collecting things for care packages for U.S. soldiers and items dropped off at Suffern’s game against White Plains Thursday (a 6-1 win), somewhere between 80 and 130 care packages would be sent.

Boxes that will be delivered overseas to U.S. soldiers are stacked up at Suffern field hockey’s Military Appreciation Game vs. White Plains.

But her estimation was way off – happily, way off.

“We have collected so many boxes full of supplies, which far exceeded our goal,” Soma said. “Some of the things collected were soaps, shampoos, outdoor activities, board games, personal letters, adult coloring books, magazines, snacks, candy, etc.”

Her team’s sale of raffles for gift basket donated by player parents and of T-shirts also raised an additional $1,000.

Somma said that money will be used to cover delivery costs and to create more packages for U.S. service members. 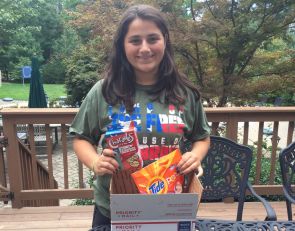 Suffern care packages for military are personal for kids 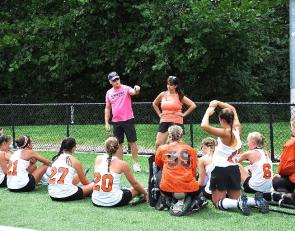