This is the sort of thing reserved for Hollywood, not reality. And certainly not this generation’s reality. Kids these days are supposed to be self-centered, materialistic and generally dulled to their senses.

Except for Mikal Bartosik, apparently.

When the Park Vista (Lake Worth, Fla.) senior cheerleading and track standout learned none of her school’s special education students attended prom last year, she decided to invite schoolmate Jonathan, an autistic boy who she befriended over lunch, according to the Palm Beach Post.

In a video posted to Bartosik’s Twitter account, Jonathan reads the frosting on a giant cookie that says, “Will you go to the prom with me?” His reaction is priceless, bouncing around the room and shouting with glee, until Bartosik confirms his excitement: “So, is that a ‘Yes.'” A hug seals the deal on the date.

“I’ve already gone to two proms,” she told the Palm Beach Post. “I wanted him to have the same feeling. … Personally, I think this is going to be the most special prom for me because I’ll be making someone else happy. … Don’t get me wrong, I’m not getting a crappy dress and just winging it. I’m going all out for this boy. I’m going to make him look really good.”

According to the paper, several students gave Bartosik grief for starting to sit with her special education classmates, and a few friends even recommended against inviting Jonathan to prom — to which she responded perfectly:  “They’re not that different and they’re way nicer than kids without disabilities.”

Her video has since been retweeted more than 6,000 times and liked by more than 13,000 people.

@mikal_bartosik As the parent of two autistic children, well done. Have a great prom, and a great future. https://t.co/0sl6cizqdl

Bartosik finished 12th in the 100-meter hurdles at last year’s Florida Class 4A state track meet, but no matter how she fares this season, there’s nothing she can do in her prep athletics career to top this.

“It was like something you see in movies,” Park Vista cheerleading coach Jeanne Ladner told the Palm Beach Post. “I cried.” Except, there’s nothing more real than this. Maybe there’s hope for our future yet. 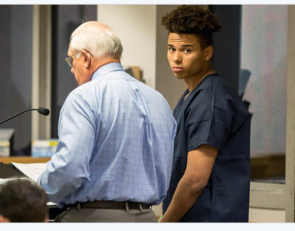 Football standout in Fla. charged with armed burglary, theft of a firearm 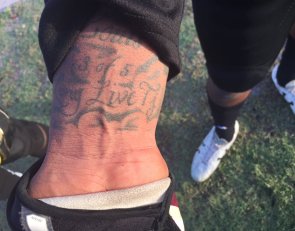 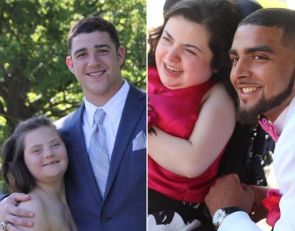 https://usatodayhss.com/2016/this-cheerleaders-promposal-to-an-autistic-boy-will-warm-your-heart
This athlete's 'promposal' to a special needs schoolmate will warm your heart
I found this story on USA TODAY High School Sports and wanted to share it with you: %link% For more high school stories, stats and videos, visit http://usatodayhss.com.