E’Quan Dorris and South Fort Myers will face Venice in a rematch of last year’s Region 7A-3 quarterfinal on Friday.

By the time South Fort Myers hits the road for its Region 7A-3 quarterfinal game with Venice, Wolfpack coach Matt Holderfield wants his players to be well-informed about just how good their opponent is. Rather than blocking out that type of noise, any accolade they can dig up on the Indians helps provide motivation.

The Indians usually play a game or two against powerhouses from other states on ESPN each year. Check.

Their date with No. 1 Fort Lauderdale St. Thomas Aquinas in the state semifinals is a near lock. Check.

South (9-1) will need all the fuel it can get if it’s going to pull the upset. The Wolfpack are among five Lee County teams vying for the county’s first state championship when the playoffs start Friday. Three of those teams – South, Lehigh and Bishop Verot – are significant underdogs in their first-round games against state powerhouses.

Instead of lamenting South’s loss to Gulf Coast in a district championship game two weeks ago, which sent the Wolfpack on the road, Holderfield called Venice a “good draw.” South is familiar with the Indians, who knocked it out of the playoffs last season, and tends to play up to its competition as it did in upsetting Naples and knocking off top Lee County squads Fort Myers and Dunbar.

“I don’t know whether we’re dumb or just play dumb, but that kind of stuff doesn’t bother us,” Holderfield said of rankings and superlatives. “They actually play up for that type of stuff whereas when we play teams who are equal to us or maybe less than us our kids tend to take it for granted and we play down to those type of teams.”

South hung with Venice for 24 minutes before surrendering five touchdowns in the second half to fall 35-14 last year. Indians running back Matt Laroche, who ran for 179 yards and a touchdown in that game, and quarterback Bryce Carpenter, who threw for two touchdowns, are back.

Holderfield said his defense is more prepared for what Laroche and Carpenter bring to the table.

Verot is in a similar position having lost to Cocoa, the top-ranked team in 4A, 49-12 last season.

“We drew the straw that nobody wanted with Cocoa,” Shields said. “They’ve been on ESPN twice this year. I guess we’re not going to be on. We kind of hoped we’d be the third time they were on ESPN.”

Shields said his team must look past all of the Division I recruits on the field and the three state championship banners.

Verot’s biggest challenge will be staying ahead of the chains and putting together a few long, time-consuming drives to keep the quick-strike Cocoa offense off the field.

“We told them we’ve got to go over there and play as hard as we can for as long as we can and see what happens,” Shields said. “It’s an uphill climb, but we know which direction we’re going.”

Although Lehigh chooses to value Friday’s matchup at Naples as just another game, there is no denying what securing the District 6A-11 runner-up spot meant for second-year coach James Chaney and his team, which fell short of a postseason berth last season.

Lehigh faces Naples in a Region 6A-3 quarterfinal Friday.

“I think that’s every high school coach’s goal to not be at home and be able to practice over and beyond the season,” Chaney said. “It means the program is having a little bit of success. We’re not where we want to be, but we’re taking the steps in the right direction where we ultimately want to be. We’re pleased and very thankful to be in the playoffs.”

“We’re just going to keep it business as usual, show up and play our best.”

The Tigers and Green Wave are coming off an epic rivalry game where Dunbar came back from two touchdowns down in the fourth quarter to pull out a 29-21 win.

The victory could serve as a springboard for the hottest team in Southwest Florida, which hasn’t lost since Sept. 23. Dunbar reached a regional final last season.

Dunbar roars back to take down Fort Myers

“They told me they wouldn’t lose another game in the regular season,” Dunbar coach Sammy Brown said of his players. “I’ve learned to trust them. We’re playing our best football at the right time.”

Fort Myers is coming off a regular season where it lost four games to Lee County’s top two teams, Palmetto and undefeated Charlotte. Green Wave coach Sam Sirianni Jr. understands his squad had chances to take control in at least three of those losses.

“I’m not going to mince any words. We’ve had a frustrating season,” Sirianni said. “I believe we haven’t played our best football. I believe we’ve showed flashes of it. Even the other night against a really good football team we probably played three of our best quarters. All credit to them, they stuck with it. That was a tough, bitter pill to swallow to lose that game in the last 5 minutes.

“Like I told them after the game, all that doesn’t matter now. We played a really competitive schedule. I believe that all those experiences you have during the year, you hopefully can draw on them.” 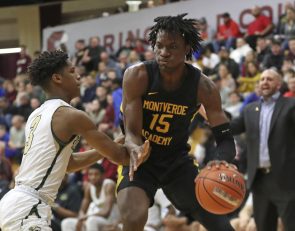 https://usatodayhss.com/2016/three-lee-teams-are-huge-underdogs-in-playoffs
Three Lee teams are huge underdogs in playoffs
I found this story on USA TODAY High School Sports and wanted to share it with you: %link% For more high school stories, stats and videos, visit http://usatodayhss.com.