IMG Academy (Bradenton, Fla.) football star Dylan Moses is one of the top recruits in the nation, and widely considered the best linebacker in the class of 2017. It’s pretty easy to see why.

For instance, here he is squatting 500 pounds this spring.

Moses has been a hot commodity on the recruiting trail since he was in eighth grade, and he’s preparing to embark on a “Fall Tour” in a couple months. The one-time LSU commit will visit Alabama, Miami, Texas, UCLA and Ohio State.

In any event, he’s an astounding athlete that will likely make an instant impact on whichever team he joins.

Thanks to Stack.com for bringing this video to our attention. 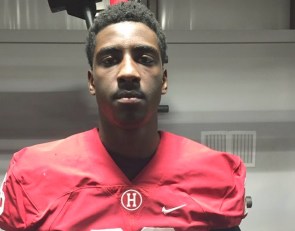 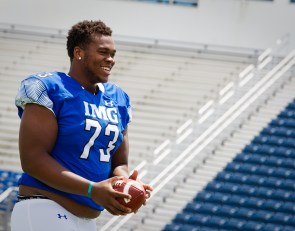 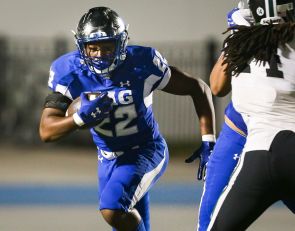 https://usatodayhss.com/2016/video-five-star-lb-dylan-moses-squats-an-insane-amount-of-weight
VIDEO: Five-star LB Dylan Moses squats an insane amount of weight
I found this story on USA TODAY High School Sports and wanted to share it with you: %link% For more high school stories, stats and videos, visit http://usatodayhss.com.