First Drake Davis (@ZabuzaaMomochi) did this on the field: https://t.co/GJqVPpWFsS

Now he's doing this on the court pic.twitter.com/hpj496ns86

Drake Davis is taking his football talents from IMG Academy to LSU, with the IMG Academy senior preparing for a return home to Louisiana to line up as a wide receiver for the Tigers. While that may be his most notable skill, it’s hardly the only one.

Case in point: Davis taking to the court in a makeshift IMG jersey and short shorts and throwing down some of the dunks of the season.

First, Davis tossed in a 360 slam with ease, followed almost immediately by an easy windmill. The most incredible part of the dunks is clearly just how easy they were for Davis to throw down. The Louisiana native is athletic enough to play a host of sports, and to take over a prep slam dunk contest to boot. If nothing else, Davis should have LSU fans dreaming of the highlight reel plays to come, in whatever form they arrive in. 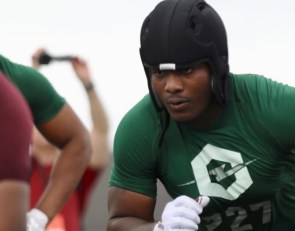 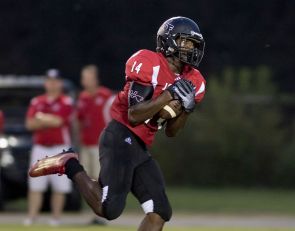 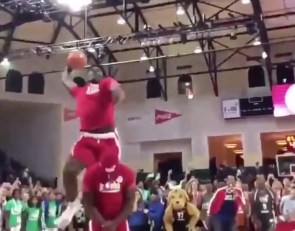 https://usatodayhss.com/2016/video-lsu-football-commit-drake-davis-is-apparently-a-top-class-dunker-to-boot
VIDEO: LSU football commit Drake Davis is apparently a top-class dunker to boot
I found this story on USA TODAY High School Sports and wanted to share it with you: %link% For more high school stories, stats and videos, visit http://usatodayhss.com.