With four- and five-star athletes all over the field, No. 2 IMG Academy tends to produce highlight-reel plays.

But this one might be the best of the season so far.

Oregon tight end commit Tre’ McKitty extends to his right and reached out with one hand to snag a pass from quarterback Kellen Mond during the Ascenders’ 38-0 victory against Boyd Anderson (Lauderdale Lakes, Fla.).

McKitty had two touchdown catches to give him four in the last two games — a far cry from a junior season in which he only recorded one catch for 22 yards.

And here’s what he told USA TODAY High School Sports about it on Saturday:

“The ball looked like it was kind of far, so I didn’t think I could get there with two hands,” he said. “So I stuck one out and came down with it.”

Asked whether he felt confident he had secured the catch, McKitty said, “Once it hit my hand, it stuck, I knew I had it.” 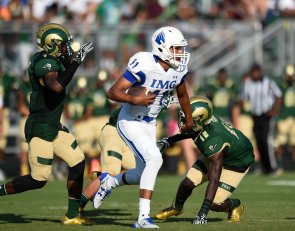 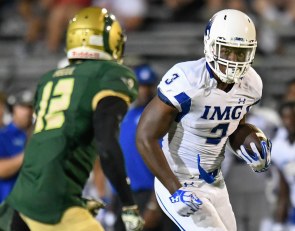