The Holy Trinity Tigers wasted no time jumping on the Trinity Christian Eagles (Deltona) following a two-plus hour weather delayed start to win 61-38. LaAnthony Valentine took the handoff on the second play from scrimmage and scored from 25 yards out. This would set the tone for a dominant rushing attack all night by the Tigers.

Behind a powerful offensive line, Valentine would go on to score two more first half touchdowns while Larry Hill and Jashaun Corbin would find the end zone as well.

Eagles Quarterback Amorie Archibald had touchdown runs of 18 and 29 yards in the first half but the Tigers defense led by Hill, Preston Milo, Seth Coleman and Sully Altman would shut down all other aspects of the Eagles offense.

The scoring was fast and furious in the second half by both teams. The Tigers’ Valentine scampered for an 89-yard touchdown run which was soon followed by the Eagles Archibald on a quarterback keeper for a 75-yard touchdown. Tigers quarterback Jordan Wojciechoski got in on the action with a 67-yard touchdown throw to Corbin.

On the evening, the Tigers piled up eight rushing touchdowns by Hill (2), Corbin (3) and Valentine (4). Carlos Campanini was 5 of 7 on extra points. Corbin and Hill also chipped in on defense intercepting Archibald. Kenya Watson, Jordan Jackson and Archibald accounted for the Eagles touchdowns.

“Three running backs put on a show and all three bring something different to the table,” said Tigers coach Nate Hooks. “Two are freshman and the other is just a junior.”

This game didn’t start until 9:30 p.m. due to a lightning delay.

Key Play LaAnthony Valentine scored from 25 yards out on the second play from scrimmage to set the tone early. 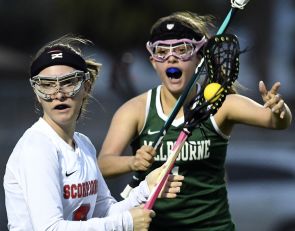 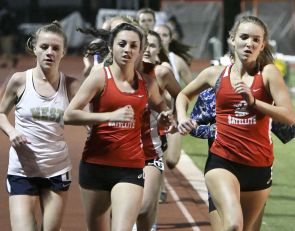