PORTLAND — For six innings, Matthew Lester and West Salem High School’s baseball team kept the best hitting team in the state off balance and the best pitcher in the state within reach.

The 6-foot-3 senior lef-thander’s combination of a splitter, change-up and dangerous curveball kept Westview guessing and hitting balls right to fielders and kept West Salem in a 1-1 tie.

But the Wildcats took advantage of the situation in the seventh inning as Reinaldo Gonzalez scored on a wild pitch for a 2-1 win Friday afternoon in the quarterfinals of the OSAA Class 6A state playoffs.

“We left a lot of guys on base,” Westview senior pitcher Kenyon Yovan said. “We could have scored a lot of runs on them, but tip my cap to Lester over there. Great, great pitcher. Fought really hard the entire game. Tip my cap to him, he did a great job.”

No. 2 seed Westview (27-3) advances to host No. 3 seed Jesuit, which the Wildcats swept in three Metro League games this season, in Tuesday’s semifinals of the 6A state playoffs.

A No. 10 seeded West Salem (21-9) team that won four straight after a 2-5 late-season skid was in the state playoffs for the sixth straight year and in the quarterfinals for the first time since 2013.

Yovan, a flame throwing senior right-hander, demonstrated why he is acknowledged as the best pitcher in the state.

The Oregon signee struck out eight batters, walked four and allowed one hit by consistently throwing fastballs in the 90s and mixing in a dangerous slider.

But West Salem battled its way to an early lead off of him.

“The kids competed all year,” West Salem coach Micah Tiffin said. “They were a high-character, high-class, high-quality group and chemistry is as good as any team I’ve been around.

“I think that was exemplified in their performance today. We played at the level we expect to play. We felt that we could come in and take care of business and compete and win a ballgame. We were right there.”

With two outs in the bottom of the first, Gonzalez hit a double, Yovan was intentionally walked, and Keita Fabrega hit an RBI-single to score Gonzalez from second to tie the game 1-1.

“I’ve been intentionally walked a lot this year,” said Yovan, who was 1-for-1 and was walked three times. “But you can’t take a break with Keita (Fabrega) behind me. The dude’s got the power to hit it over the football field here.

“He’s ridiculously strong and he’s a great hitter. I know that something special’s going to come out of him in the clutch.”

Lester struck out two, walked five, allowed five hits in the game and his defense helped him get out of tough spots.

With the bases loaded and one out in the fourth Westview’s Jayden Hanna hit a hard grounder to Hunter Johnson at second base, who flicked the ball to Andy Armstrong at shortstop and he zinged it to Ross McConnell at first base for a 4-6-3 double play.

In the sixth, Westview had runners on second and third with one out, but Lester induced a fly out and struck out the last batter.

“I think you got to give a lot of props … to Matt Lester,” Tiffin said. “He went from Monday to Friday here and filled up the zone and pitched well against one of the better hitting teams in the state according to what I’ve seen statistically.

“Matt proved that he could pitch to anybody. Did a great job of it.”

But with one out in the seventh, Gonzalez hit into a two-base error. Yovan was intentionally walked and Fabrega was hit by a pitch to load the bases.

A pitch to Donovan Baldocchi was low, going to the backstop, and allowed Gonzalez to score the game-winning run.

Lester and Zellner; Yovan and Baldocchi. WP- Yovan; LP- Lester. 2B- Gonzalez (We), Yovan (We).

Westview’s Reinaldo Gonzalez throws to first as West Salem’s Brody Wittman slides into second in an OSAA quarterfinal game on Friday, May 27, 2016, at Westview High School in Portland. Westview won the matchup 2-1.

West Salem’s Matthew Lester pitches against Westview in an OSAA quarterfinal game on Friday, May 27, 2016, at Westview High School in Portland. Westview won the matchup 2-1. 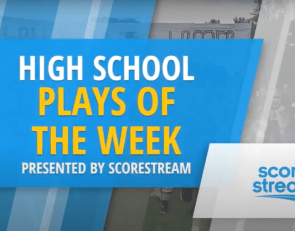 https://usatodayhss.com/2016/west-salem-falls-in-pitchers-dual-with-westview
West Salem falls in pitcher's duel with Westview
I found this story on USA TODAY High School Sports and wanted to share it with you: %link% For more high school stories, stats and videos, visit http://usatodayhss.com.