Homegrown new faces come up huge for West Salem in win vs. Sprague

Homegrown new faces come up huge for West Salem in win vs. Sprague

The thing that West Salem High School’s football team traditionally has done better than any other in the Greater Valley Conference over the years has been developing a deep football team.

By the third week of every football season, there are three of four players of whom no one has ever heard.

People will start asking where they came from and inevitably the answer is that the program developed them from freshmen into the stars they become.

The 6-foot-5 senior quarterback never started a high school game until week one, and his first experience was  rocky one as he had three passes intercepted, but managed to stage a comeback to lead the Titans to a win against underdog McKay.

By the time Friday’s 36-29 win against Sprague was over, he was a star.

Oliver passed for 295 yards on 21 of 29 completions, threw three touchdown passes – caught a pass from Noah Whitaker on a two-point conversion – and ran for the game-winning three-yard touchdown with 3:10 remaining for West Salem (2-0 Greater Valley Conference).

Where he developed most, however, is that he minimized his mistakes.

The snap was low on the game-winning touchdown – he was supposed to hand the ball off to Whitaker – but Oliver wisely corralled the ball and ran for the touchdown.

“I think he just trusted himself more,” said senior receiver Keonte McMurrin. “We got kind of the kinks out against McKay. The line did a really great job. It starts up there.

“He did a really good job, and we trusted Jared all along. He did really well this week.”

McMurrin turned in a starring performance by reeling in five passes for 125 yards and two touchdowns after not catching a pass in week one.

Though a standout at cornerback, the Titans needed McMurrin to get involved in the offense.

“On my game plan, touches Keonte and the ways we can get him the ball, and the same thing with Manny (Bravo),” West Salem coach Shawn Stanley. “Last week those guys didn’t touch the ball enough.

“And we got lots of capable players. Shoot, for Tyler Ballanger, who has been a soccer player his whole life, his first catch of his football career is a touchdown in this game.”

But then there’s Justin Morales.

The 5-foot-11, 210 pound senior linebacker was in the Sprague backfield most of the night.

He recorded two tackles for loss, including a sack, and intercepted Sprague quarterback Spencer Plant in the end zone in the second quarter to put West Salem up 22-8.

West Salem’s defense pestered Plant all night, holding him to 6 of 13 passing for 48 yards with two interceptions and one touchdown.

“It was a big part of it,” Morales said. “The D line worked their butts off all week. We put in some new stunts and line plays to try to get into the offensive line’s head to get after it.

“It impacted a lot. We have a lot of fast backers, and they just managed to roll. We had a lot of depth. When Manny (Bravo) went down, we had a really fast track guy in Valery (Yurchak), who could get in on those blitzes, Micah Pugh, they all did really good.”

West Salem showed against Sprague that the team can be what they expect themselves to be.

When the Titans get the little details right, like not turning over the ball, they have a legitimate shot at winning the conference.

“Obviously the turnover battle was a big deal,” Oliver said. “And they had three or four, we had zero. That’s a big deal.” 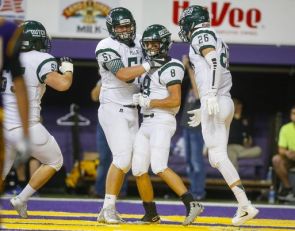 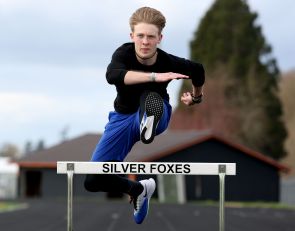 Silverton's Brock Rogers a fast learner on and off the track 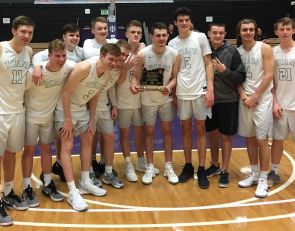 https://usatodayhss.com/2016/west-salem-grows-up-in-3629-win-vs-sprague
Homegrown new faces come up huge for West Salem in win vs. Sprague
I found this story on USA TODAY High School Sports and wanted to share it with you: %link% For more high school stories, stats and videos, visit http://usatodayhss.com.