Why the Vanderbilt coaches mural hasn't been updated

Why the Vanderbilt coaches mural hasn't been updated

In 1996 Michael Cooper painted football coach Woody Widenhofer on the Vanderbilt mural on the wall of the building, which at the time was occupied by You Greek Me Greek.

Anyone who has driven along West End Avenue recently has likely noticed the mural of Vanderbilt’s coaches on the side of the Verizon Building at the corner of 28th Avenue is outdated.

Former Vanderbilt coaches Kevin Stallings and Melanie Balcomb’s likenesses are still on the mural on the side of a building on West End and 28th Avenue.

And it’s not just one coach who needs to be changed.

Men’s basketball coach Kevin Stallings resigned in March and women’s coach Melanie Balcomb left in April, but their mugs are still on the side of the building located near Vanderbilt Stadium.

Local artist Michael Cooper, who first painted the mural in 1992 and has made numerous changes over the years, is ready to replace Stallings’ likeness with that of new men’s basketball coach Bryce Drew and Balcomb’s with new women’s coach Stephanie White and is simply awaiting the go-ahead.

Each time a change is required to keep the iconic mural up to date, Cooper must be paid for his service. And that means someone in the private sector stepping forward to cover the cost.

That hasn’t happened so far, and with basketball season not too far away it would be an embarrassment for all involved to have the old coaches still on the wall.

“It needs to be updated, I would love to see it updated and of course putting the two new coaches up there would look a lot better,” Cooper said. “I would also love to do some redesign and touch-ups just to give it a fresh look. There has been some interest from somebody in the past who has sponsored some of the coaches by paying for them, but that hasn’t gone anywhere since the one conversation I had with him.”

Cooper said he put the person, who he declined to identify, in touch with Vanderbilt earlier this summer.

Vanderbilt has always been in an uncomfortable position when it comes to the mural since it is not owned by the university.

Vanderbilt officials have never objected to Cooper’s work on the wall, but also have never felt it was their responsibility to pay him.

“This wall is a public fascination,” said Vanderbilt associate athletics director Rod Williamson. “It began as a commercial gimmick about 25 years ago to attract university students to the business. It is not owned by Vanderbilt University and in that sense we have no more to do with this building than we would if it was located in Franklin or Cookeville.”

If the mural was owned by Vanderbilt, Williamson said it would have been updated long ago.

“It does pose an awkward situation because there are those in the public who would logically think we own the building and we control the images,” Williamson said. “But we don’t, or otherwise we would have traded out the former coaches for our new ones. We have discussed options from time to time, but none seem ideal.”

Cooper won’t say how much he charges to work on the mural, but said his price hasn’t changed since he first painted it.

A radio station once paid to have one of the images painted. In 2011 a group of Vanderbilt baseball fans paid to have coach Tim Corbin added to the wall.

Cooper also pointed out the banners of SEC teams in the background need updating. Only 12 teams are represented since no one has paid to have Missouri and Texas A&M added since those schools joined the conference.

Bethany Levy, a former Vanderbilt cheerleader, has enjoyed a successful career in Hollywood as a stunt double and is now branching out into producing.

Levy is producing a short film entitled “Do No Harm” about a corpsman in Baghdad attempting to hold on to humanity in the midst of war in 2003.

“It’s a story about decisiveness versus compassion,” Levy said. “A corpsman’s job is to fix people up, but how does that obligation reconcile with someone who is trained to fight and may be asked to kill?”

Levy and writer/director Marielle Woods have created a indiegogo.com fundraising campaign to pay for the production. The link is https://igg.me/at/donoharmfilm/x.

The football stadium at Hickman County High School will be named in honor of legendary Bulldogs coach Kenneth “Mo” Wright.

Dedication of the stadium, which was built in 1977, will be Sept. 30 at halftime of Hickman County’s game against Loretto.

Wright, who now lives in Memphis, was an All-America Second Team running back at Tennessee Tech (1957). He was inducted into the Golden Eagles Sports Hall of Fame in 1988.

All of Wright’s former players are invited to join him at a tailgate party at 5:30 p.m. before the game.

Former Hillsboro quarterback Chris Rodgers was back at the school recently for the annual Buddy’s Burros Reunion Dinner in honor of former coach Buddy Brown.

Rodgers is believed to be the only deaf starting quarterback to ever play in Metro.

He went on to play football and baseball at Gallaudet University and remained in Washington D.C., where he went to work for the U.S. Department of Labor.

In 2002 Rodgers moved back to Nashville, became a construction contractor and then started his own company, C. Rodgers Construction, in Hendersonville.

“So much of what coach Brown taught me on the football field helped to make me successful in my private life,” Rodgers said. “He taught me some hard life lessons.”

Madilyn Newman, who finished runner-up in the 12-13 age division of the Tennessean/Metro Parks Schoodays Golf Tournament, qualified for the 2017 Drive, Chip and Putt at Augusta National.

Newman won the regional qualifier at Pinehurst (N.C.) Country Club by hitting two drives over 200 yards, holding a slight lead after the chipping segment and then by making a 6-foot putt and leaving her 30-foot putt just three inches from the hole.

The fourth annual Drive, Chip and Putt is April 2, on the eve of the 2017 Masters.

UT Martin cashes in by playing at Hawaii

The Skyhawks still came away winners thanks to a sweet guarantee for scheduling the game.

The Skyhawks, an FCS team, will bring in a total of $950,000 in guarantees by playing three FBS opponents this season — Hawaii, Cincinnati and Georgia State.

That will help pay for renovations being made to the school’s football stadium.

Former Tennessee football coach Phillip Fulmer will be the guest speaker at the Robertson County Fellowship of Christian Athletes fundraising banquet on Sept. 27.

The banquet will be at The Center in Spingfield beginning at 6:15 p.m.

Tickets are $5 and table sponsorships are also available by contacting former Pearl-Cohn and Tennessee State football player Charles Sparkman at 615-335-2942 or cspakman@fca.org.

Hall, a sophomore who was also a track star in high school, finished with three receptions for 90 yards in the Tigers’ 61-21 victory.

Marion Wilhoite, who spent 54 years as a sports reporter and editor at the Daily Herald newspaper in Columbia, retired Friday.

Wilhoite, 75, earned national attention in 1990 when Sports Illustrated’s David Sharp wrote a story about the fact that since 1962 Wilhoite was able to do his job without driving.

He will become the newspaper’s sports editor emeritus.

A celebration of life ceremony for football coach Bob Cummings will take place Sunday from 1-4 p.m. at the old Issac Litton High gymnasium on Gallatin Road.

Cummings, who played football at Vanderbilt and Georgia Tech, died on Sept. 4 at the age of 94.

The problem: Hampton is no longer at Lipscomb. He notified coach Casey Alexander in April he would not return to Lipscomb and in May he transferred to Texas A&M.

Each rating point is equal to 9,902 Nashville households. 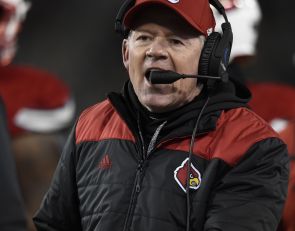 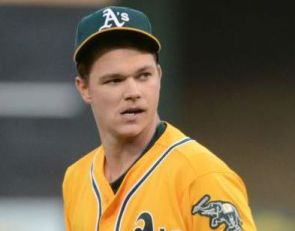 https://usatodayhss.com/2016/why-the-vanderbilt-coaches-mural-hasnt-been-updated
Why the Vanderbilt coaches mural hasn't been updated
I found this story on USA TODAY High School Sports and wanted to share it with you: %link% For more high school stories, stats and videos, visit http://usatodayhss.com.