Hopefully I'll be able to put a ✔️ on my white board next to Wyatt Davis name after tomorrow! #GoBucks @wyattdavis53 pic.twitter.com/X6ICrSLCOO

Las Vegas Bishop Gorman quarterback Tate Martell — the top-ranked dual-threat QB in the Class of 2017 and a recent Ohio State commit — has a whiteboard checklist of recruits who he’d like to see join him in Columbus next year, and he’s hoping to land the first of those targets on Friday.

Martell posted a picture of his checklist to Twitter on Thursday night, along with the message, “Hopefully I’ll be able to put a (check) on my white board next to Wyatt Davis name after tomorrow.”

The nation’s top-ranked offensive guard in the Class of 2017, Davis was set to announce his college decision on Friday, and Thursday’s tweet was Martell’s second suggestion this week that the Bellflower (Calif.) St. John Bosco lineman may be joining him on the Buckeyes in the fall of 2017.

We are getting a good one at OSU!

Perhaps most surprising, though, is Martell’s remarkable handwriting. Poise and accuracy there. 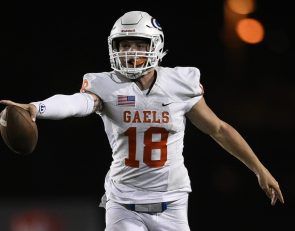 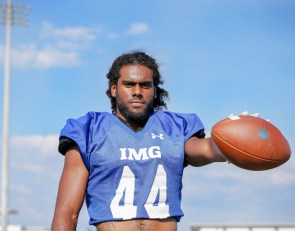 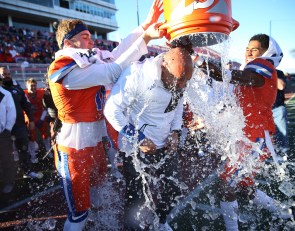