The American Family Insurance ALL-USA Wrestling Team for the 2016-17 season was selected based on performance and level of competition.

Steveson wrestled 42 times as a heavyweight for Apple Valley this winter. All but one ended the same way: with Steveson’s opponent flat on his back. With 41 pins in his perfect 42-0 season, Steveson took dominance to a new level. And that kind of dominance earned him the title of American Family Insurance ALL-USA Wrestler of the Year.

Steveson saved his biggest dominance for last. In the state final, the junior needed all of 11 seconds to pin Brandon Frankfurth of Anoka High, a victory that wrapped up the Eagles’ 12th consecutive Minnesota state team title.

“He was untouchable this year,” Apple Valley coach Dalen Wasmund said. “I only remember one time where there was a chance for him to give up a takedown—didn’t happen.”

Steveson, who wrestled at 245 pounds in a division that accommodates wrestlers up to 40 pounds heavier, is a three-time Minnesota Class AAA state champion. He hasn’t lost a match since he was in eighth grade and he’s 170-3 in his career. He also has won a pair of World Cadet championships at 100 kilograms (220 pounds).

A frightening fact for opponents, Steveson is also still getting better. He packed on 25 pounds between his sophomore and junior years and lost none of the athleticism that makes him so special.

“I have never seen a heavyweight so athletic,” said Wasmund, who knows a thing or two about powerhouse wrestlers, having also coached Mark Hall, the American Family Insurance ALL-USA Wrestler of the Year in each of the last two seasons. “He has unreal lower-body explosion. He is good on top, bottom and especially on his feet. He has great position and feel.”

Steveson was literally born to be a wrestler. His full name is Gable Dan Steveson and he was named after Dan Gable, a 1972 Olympic gold medalist and a 15-time national champion coach at Iowa.

In late March, Steveson announced that he will attend the University of Minnesota after he graduates from Apple Valley, joining his older brother Bobby, who wrestles at 184 pounds for the Gophers.

But before that happens, there’s another high school season where Steveson’s opponents can expect one thing: to finish the match flat on their backs.

“I know that people are looking at me and that I’ve been dominant,” Steveson told the Star Tribune. “It just makes me want to go out and be even more dominant.” 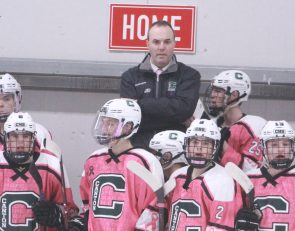 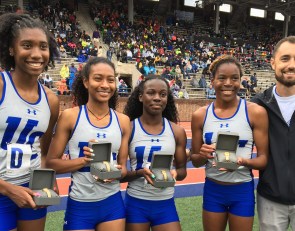 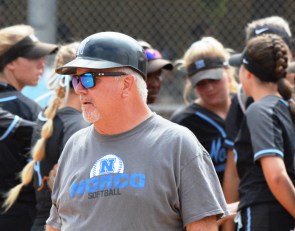 https://usatodayhss.com/2017/2016-17-all-usa-wrestler-of-the-year-gable-steveson-apple-valley-minn
2016-17 ALL-USA Wrestler of the Year: Gable Steveson, Apple Valley (Minn.)
I found this story on USA TODAY High School Sports and wanted to share it with you: %link% For more high school stories, stats and videos, visit http://usatodayhss.com.