adidas Nations: Zion Williamson and Immanuel Quickley want to team up in college but aren't a package deal

adidas Nations: Zion Williamson and Immanuel Quickley want to team up in college but aren't a package deal

HOUSTON – As arguably the top player in the 2018 class, and easily the most recognizable, it’s anything but difficult to understand why an elite point guard would want to play with Zion Williamson at the next level.

For him to reciprocate that feeling, well, that’s noteworthy.

“I just love playing with point guards with high IQ’s,” said Williamson, a wing at Spartanburg Day School (Spartanburg, S.C.). “Immanuel (Quickley) is an amazing point guard. He just knows how to play the game. That makes it even more fun.”

It’s the first time the pair has suited up together; both represented Team USA at adidas Eurocamp in June, but Williamson was sidelined with a knee injury.

They faced off against each other at the adidas Gauntlet Finale in July; Quickley posted 20 points, 10 rebounds and nine assists and got the 68-64 win. Williamson had 28 points and 16 rebounds in the loss.

“Playing with Zion is exactly what most people would think it is,” said Quickley, who hails from John Carroll (Bel Air, Md.). “He’s a walking assist and that’s exciting for me because I love to pass. Most people know him for his crazy dunking ability but he can just play, period. Definitely one of the best players I’ve ever played with. We’re roommates here at Nations and we pretty much talk or text every day. We definitely want to play together. We talk about that too.”

The obvious question is whether that mutual enjoyment of playing together has translated into the ever-popular, two-word phrase in the hoops recruiting world: Package deal.

Quickley is down to Kentucky, Maryland, Kansas and Miami; Williamson has yet to cut his list but has offers from all of those schools but Miami.

“We’re not a package deal,” Williamson said. “We have definitely talked about playing together in college and I want to play with him, but it’s gotta be an individual decision. He’s a great player so it makes sense and some of the schools he’s looking at are recruiting me too.

“I definitely want to be in a situation where I’m playing with players that are getting me better every day by pushing me and vice versa. He knows I have to do what’s best for me in the end and he does too. That’s why we’re not saying it’s a legit package deal.”

Quickley concurred but promised to apply the full-court recruiting press on Williamson since he’s admittedly going to be first to commit between the two of them.

“Got to,” Quickley said. “He’s a special player and there’s a lot of hype with him, but he backs it up. Believe the hype with Zion. He’s real; definitely a guy you need in your side. I think it’ll happen for us in the end.” 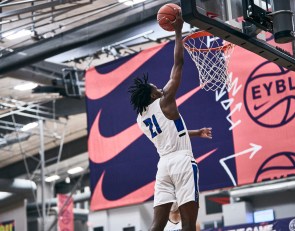 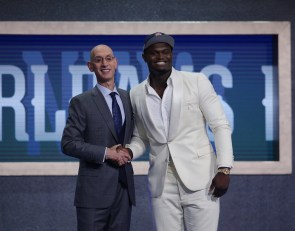 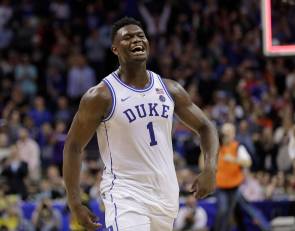 NBA Draft: Zion Williamson’s HS coach confident he’ll be one of the best ever

https://usatodayhss.com/2017/adidas-nations-zion-williamson-and-immanuel-quickley-want-to-team-up-in-college-but-arent-a-package-deal-kentucky-duke-maryland-kansas
adidas Nations: Zion Williamson and Immanuel Quickley want to team up in college but aren't a package deal
I found this story on USA TODAY High School Sports and wanted to share it with you: %link% For more high school stories, stats and videos, visit http://usatodayhss.com.